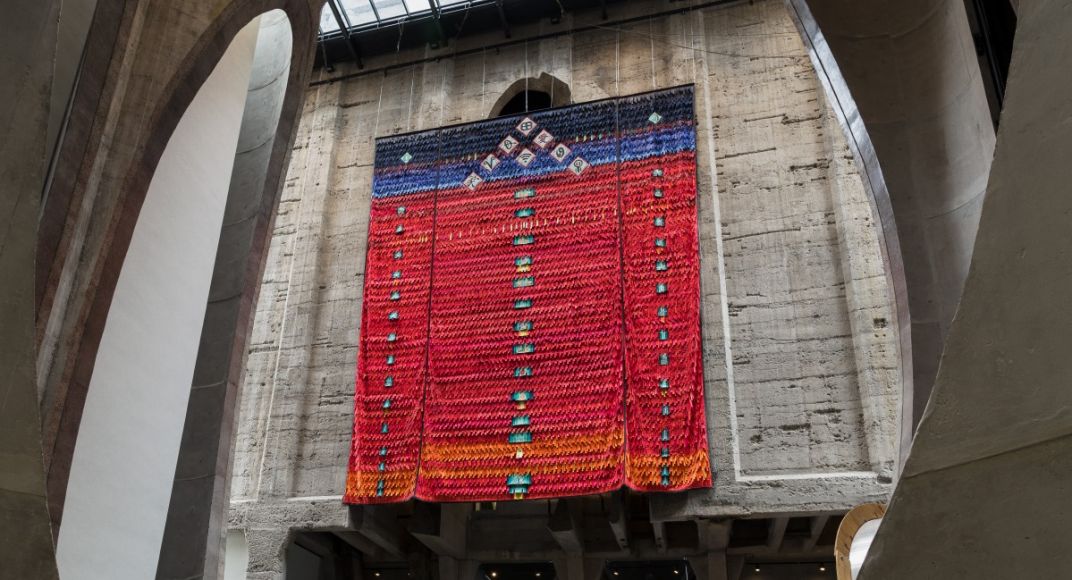 A chance to take a moment and look deeper at some of the artworks Zeitz MOCAA has exhibited:

This Malian artistâ€™s work primarily takes the form of textile-based installations that explore socio-political and environmental issues while paying homage to his West African roots.
In his art, Konate uses material native to his country, namely woven and dyed cloth, and employs the practices of West African cultural groups, such as the Senufo, who use textiles as a means of commemoration and communication.

Tata CissÃ© was a Malian historian and ethnologist who specialised in canonising the oral history of West Africa. Dieterlen was a French anthropologist who pioneered research on the astronomic beliefs and practices of the Dogon and the Bamana cultures of Mali.

KonatÃ© says that having IdÃ©ogrammes, signes, symboles et logos (Hommage Ã  Youssouf Tata CissÃ© et Germaine Dieterlen) at Zeitz MOCAA was an opportunity to encourage the museumâ€™s visitors to learn about the work of the two researchers and the region of their focus.

However, the artwork also references writing and knowledge systems from across the world by including zodiac signs and cultural symbols, such as the image of the shield of South Africaâ€™s Zulu people. Similarly, the artwork notes modern technology, with the inclusion of symbols for email and wifi.

The signs are all shaped in the form of an arrow that, when displayed in the museum, points upwards. This could be KonatÃ©â€™s way of saying that, even with our many beliefs and backgrounds, our progress as a species lies in recognising our common humanity.

The artwork will be on view until August 2021. Find out more about Abdoulaye KonatÃ© here.