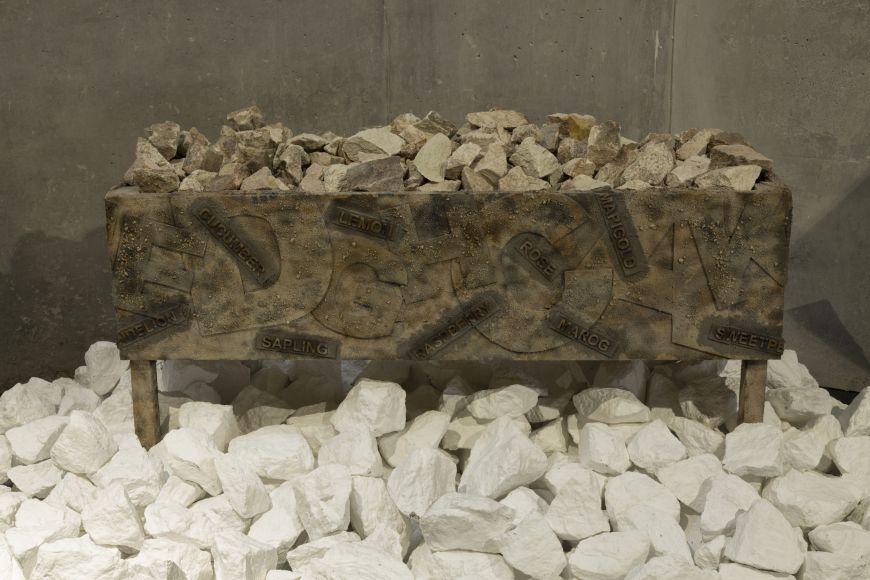 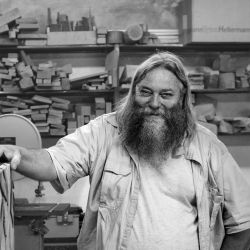 Willem Boshoff was born in Vereeniging, South Africa. He became a professional artist in 1996. This transition, made later on in life than some, saw him leaving his position as Head of Department at the Technikon Witwatersrand (now part of the University of Johannesburg) to devote himself to his dream of being a professional artist. Since then, he has had a prolific output in a variety of mixed-media works.

All of his works display a keen interest in language, words, texts, etymology and other symbolic meanings.

For Boshoff, who has been at the forefront of the contemporary South African art scene since he left his first career, these themes of language, words, their origins and meaning as well as systems of classification and taxonomy have consistently been at the heart of his sculptures and installations.

Boshoff’s previous work has included land art and political work. In the same way as he does not shy away from the idea of memorising the names of all of the plant species on earth, he does not shy away from dealing with big, occasionally controversial issues. Such issues have included the 2003 invasion of Iraq, the Israel-Palestine conflict, and questions around climate change and ecological sustainability.

Boshoff’s piece for the GrowBox Art Project exhibition consists of a number of names of plants, created in sand, that run along the outside of the box. The Biblical parable of the sower sowing seed on the rocky ground was a source of inspiration. “Some of the seeds fall in fertile ground, some of the seeds fall in the rocks, and some fall in the thorns.” He explicitly adheres to the parable, with the idea of words being conceptual seeds to our spirits, as literal seeds are to the ground. “I decided to put some sandy, rocky text on this piece because in the myth the seed that the sowers’ sows are really ideas and words that he speaks.”