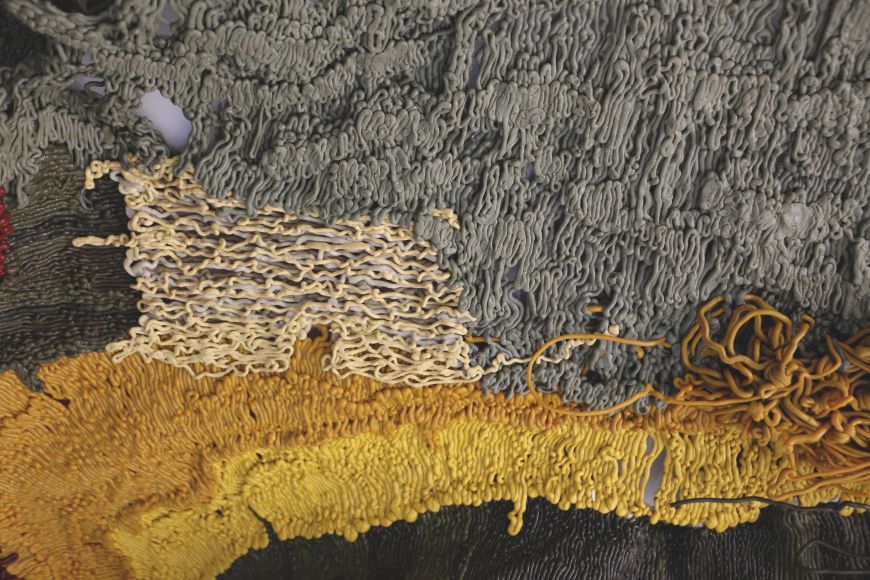 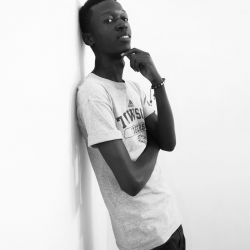 Troy Makaza was born in Harare, Zimbabwe, where he currently resides. He is a graduate of the National Gallery School of Visual Art and Design (NGSVAD), where he studied painting and sculpture. During his time as a student, Makaza set about developing his own visual language, working with colour whilst extending his practice into three-dimensions.

Blending inks, tints and industrial silicone into forms which can be moulded, woven, and painted, Makazaâ€™s technique yields a diverse and vibrant range of shapes, structures, and textures. This enables him to create works which are almost (but never quite) figurative. They appear simultaneously tactile and alien; contemporary and traditional.

These dichotomies are visible in works like Camo Part 1Â and Camo Part 4Â (2017), which highlight the artist’s broader examination of the in-flux relationships of his contemporaries, who are constantly trying to manage the political, cultural, and economic turmoil in Zimbabwe. Bound together, his twisted strands build powerful metaphors for social and intimate spaces, where traditional roles are no longer assured and liberal attitudes donâ€™t always belong.

Troy Makaza’s works have been included in the exhibition, Five Bhobh – Painting at the End of an EraÂ here at Zeitz MOCAA (2018-2019). 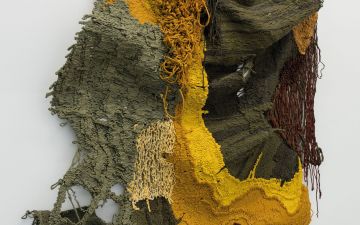 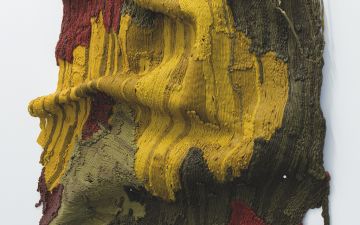 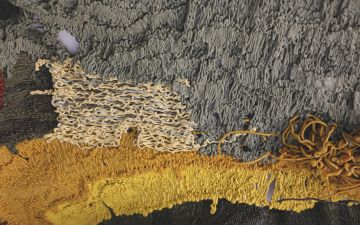