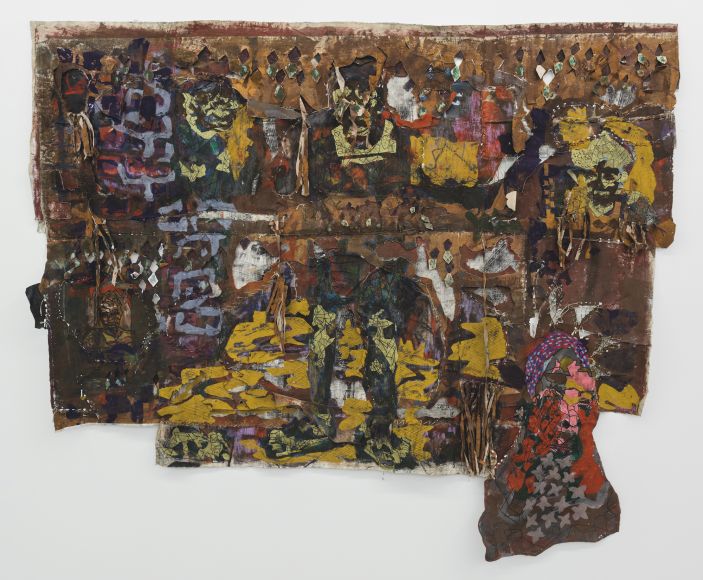 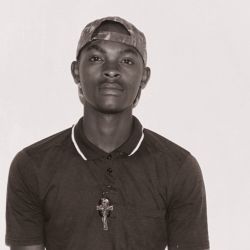 Often using multiple layers of canvas and cardboard, Reza stitches, cuts, and tears through his work to create a varied surface before applying thick layers of paint. The abstracted figures in his work often represent family members or key characters in famous fables (ngano) that his grandparents used to tell him.

In the painting, Chihwande Hwande (2018) Reza re-counts being a boy in the village and engaging in a game of hide and seek with his cousins. Here he sets himself in the centre of the composition, with the suggestion of other figures placed around him.

In the painting, Kuvigwa ne Gonzo (To be Buried with a Rat) (2017) we see the image of a man through the outline of a coffin. Next to him lies a rat. In Zimbabwe, there is an old saying that if you die without having had children you will be buried with a rat. This superstition stems from the cultural importance of leaving behind a legacy. Dressed in a suit and tie, the figure reminds us of the former president and Head of State.

Tawanda Reza’s artwork titled, Chihwande Hwande (2018) is featured in our exhibition Five Bhobh – Painting at the End of Era. 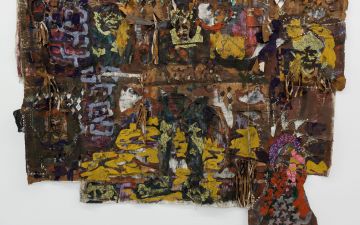 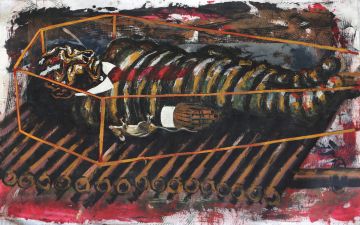 Kuvigwa ne gonzo (To be buried with a rat)