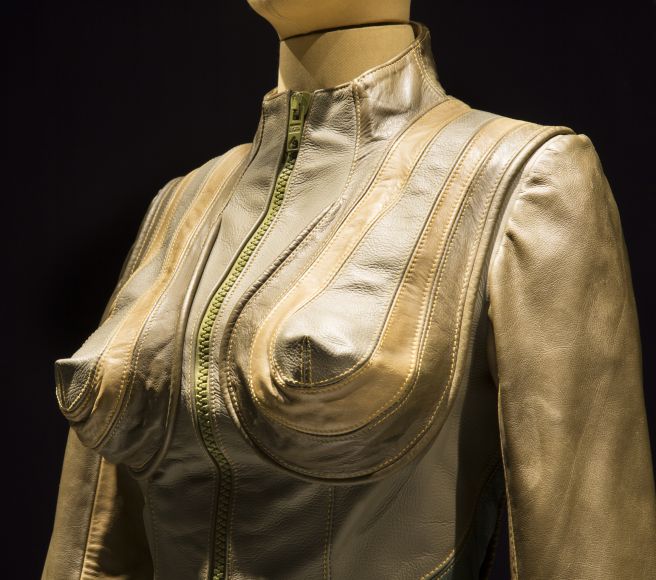 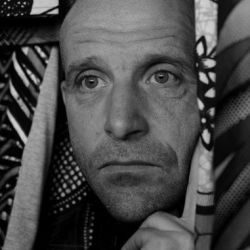 Carlo Gibson and Ziemek Pater both studied clothing design at the University of Johannesburg before Pater came up with the name, Strangelove, for the collaborative label they launched in 2009. Gibson later did a diploma in fine art and jewellery design in Rome.

Their signature mainstream designs were well tailored with sleek silhouettes and a predominantly neutral colour palette that would emphasise shape rather than the surface.

The complex and detailed leather work from Strangelove’s Locust Collection considered the eco-skeleton structures of insects as protective, provocative and powerful forms, reinterpreted for contemporary life. A piece from this 2009-2010 Summer Collection is featured in our first Fashion exhibition, 21 YEARS.

Strangelove produces both commercial collections as well as bespoke experimental pieces on commission. Whilst they used conventional suit forms and tailoring for their menswear, they would bend the rules with unusual details or fabric choices, adding a hood or outsized ties and trousers. Strangelove designed the parade uniforms for the South African Olympics team in 2004 adding an unexpected twist to traditional sportswear with yokes and borders in shweshwe. The brand has participated in many international shows in conjunction with theatre, ballet and musical productions and is known for the theatrical spectacle that their fashion shows.

In 2014 Gibson launched a new label, Klipa, which is township slang for R100. He states, “My interpretation is that you put a clip on 10 x R10 = R100. With Klipa I’m developing a new identity for people to express what we are now as Africans”. Carlo won the 2018 Wool Board Designer Challenge.