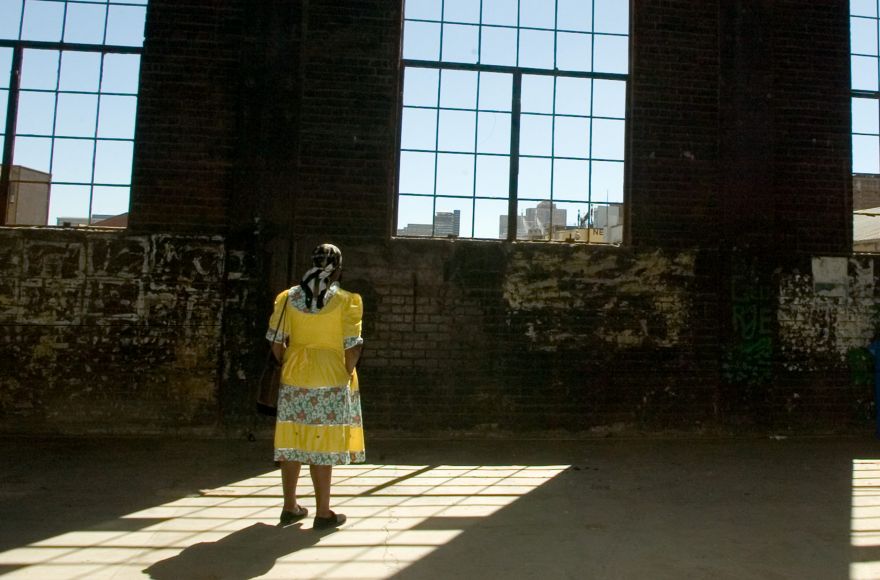 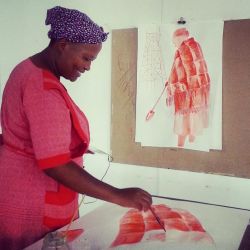 Born in 1977 in Thokoza, Senzeni Marasela lives and works in Soweto, South Africa.

Senzeni Marasela is a cross-disciplinary artist who explores photography, video, prints, and mixed-medium installations involving textiles and embroidery. Her work deals with history, memory, and personal narrative, emphasising historical gaps and overlooked figures. She graduated from the University of Witswatersrand, Johannesburg, in 1998, and shortly thereafter completed a residency at the South African National Gallery, culminating in her work for the Gallery’s Fresh exhibition series. Marasela’s work has been widely exhibited in South Africa, Europe, and the United States. Her work features in prominent local and international collections, including the Newark Museum, Smithsonian Institution and MoMA, New York, as well as some private collections such as the Leridon collection in Paris, the Harry David collection in Athens and the Sindika Dokolo collection in Angola. She was part of the 56th Johannesburg Pavilion at the Venice Biennale (2015).

Upcoming exhibitions include, The Power of my hands, (Museum of Modern Art, Paris: 2021) and Witness: Afro Perspectives from the Jorge M. Pérez Collection.