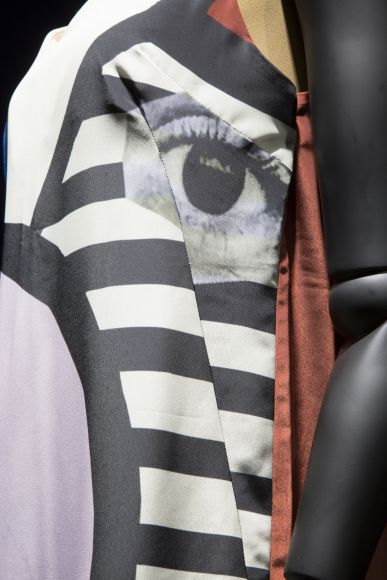 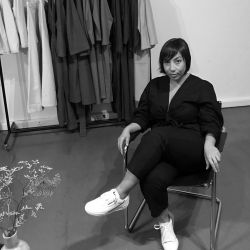 “Each collection taps into an aspect of the self be it identity, sustainability or self-nourishment – the essence of the self, which is natural and authentic”, says Celeste Arendse, the founder of this brand of clothing and accessories with its strong emphasis on sustainable and ethical production.

The Eye Print dress from Selfi’s SS17 collection featured in our exhibition, 21 YEARS carries with it the brand’s focus on connecting the self and tapping into the inner child with a playful effect.

Arendse graduated with a Bachelor in fashion and technology from the Cape Peninsula University of Technology. She successfully established her company Selfi in 2009 as an iconic brand that pushes boundaries in the South African fashion industry. Arendse has showcased at the Mercedes Benz Cape Town and Joburg Fashion week, South African Fashion Week and has been selected to showcase at international trade shows such as; Pure London (2015 and 2016) and Show & Order Berlin (2016). In 2014 she won the Connect ZA Entrepreneurship award presented by the British Council. In 2016 she created an international showroom called Merge ZA with business partner Lilian Shulze which flew five South African designers to London during London Fashion Week to exhibit their work which was sponsored by the British Council.