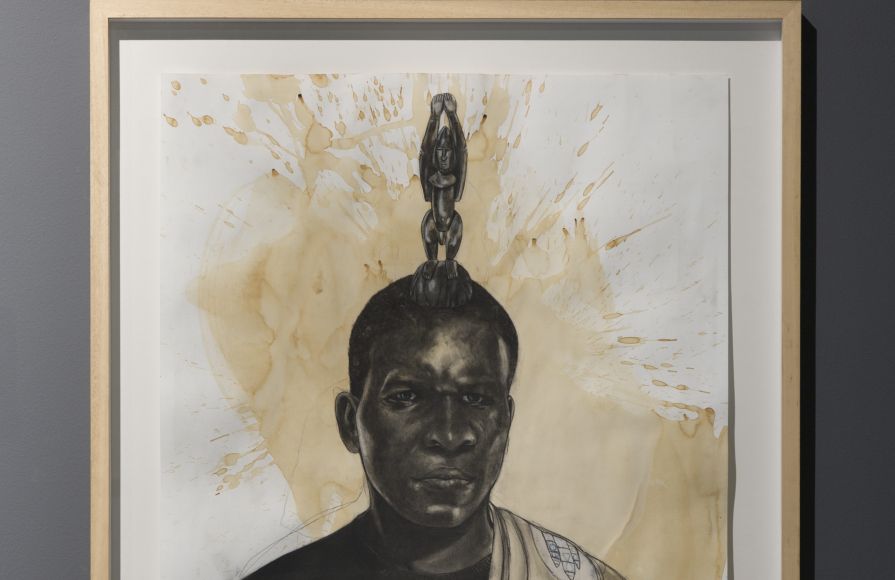 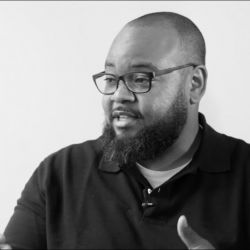 Born in Houston, USA, Robert Pruitt received a BA in studio art from Texas Southern University (2000) and an MFA with a concentration in painting from the University of Texas in Austin (2003).

Pruitt uses Conté crayons as his medium of choice, a drawing material composed of charcoal and clay. His characters, based on his friends and community members, enter a fantasy world somewhere between a music video, steampunk tutorial and colonial African exploration.

Drawing imagery from science fiction, comic books, hip-hop culture, and images taken from the history of political and social struggle in the United States, Pruitt creates drawings, paintings, and sculptures that explore the complexities at the centre of contemporary black identity.

In sculpture, he works in a more conceptual mode, using found objects such as syrup bottles, shoelaces, and bubble gum. He often paints portraits of his friends and family dressed in period costume and with props, creating amalgams of different black historical figures, romantic visions of precolonial Africa, and fantasy. Humourous and incisive, Pruitt’s contemporary myth-making allows him to place the every day within a broader narrative of black cultural self-realisation.

He has participated in influential residencies, such as Skowhegan School of Painting and Sculpture, ArtPace, Fabric Workshop Museum, and Brandywine Printshop Residency. He has received numerous awards including the Louis Comfort Tiffany Award, the Joan Mitchell Artist Grant, a project grant from the Creative Capital Foundation, and the William H. Johnson Award.

More Art by Robert A. Pruitt 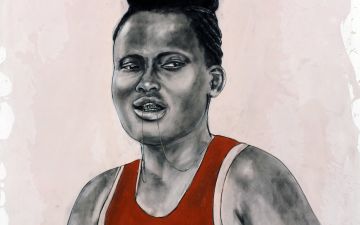 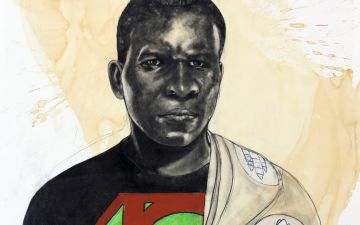 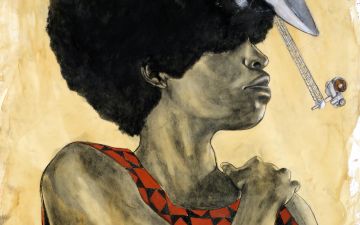 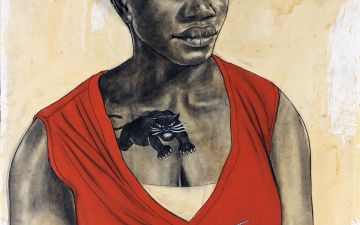