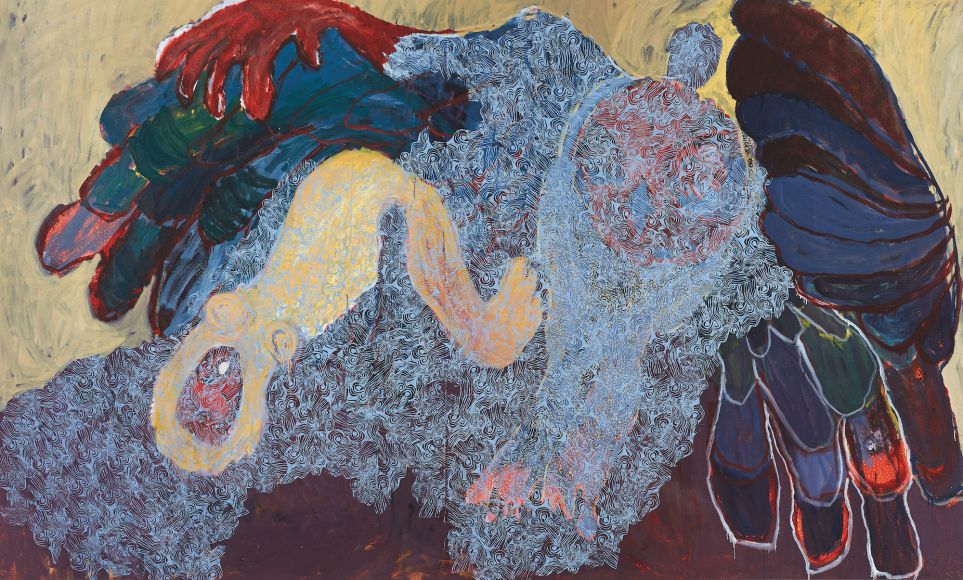 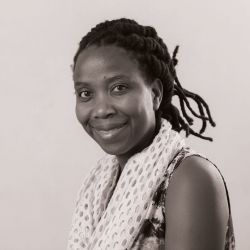 The protagonists of her dreams are spiritual and ethereal renditions of mostly female figures. Zvavahera explains that the spirituality embodied in her dreamscapes refers to individual and communal rituals — a blend of indigenous and Afro-Apostolic sects of Zimbabwean beliefs and Christianity that are reflective of her cultural upbringing.

In the painting, What I Saw (2016) a struggle between spiritual forces takes place around the figure of a reclining woman, who is simultaneously under attack by a winged creature and protected by the veil of an angelic form. Similarly, in My Spirit With You (2017), two small figures resembling children are encircled in the embrace of a swirling protective force, at once motherly and otherworldly.

Zvavahera represented Zimbabwe at the 55th Venice Biennale in 2013. Select exhibitions include Take Me Deeper at Stevenson, Cape Town (South Africa: 2017); I’m with You at Marc Foxx Gallery, Los Angeles (USA: 2017); and Under My Skin, a solo exhibition at the National Gallery of Zimbabwe, Harare (Zimbabwe: 2010). In 2018 Zvavahera took part in the 10th Berlin Biennale, titled, We don’t need another hero (Germany: 2018)

Portia Zvavahera’s works are featured in the Zeitz MOCAA exhibition, Five Bhobh – Painting at the End of an Era (2018 – 2019). 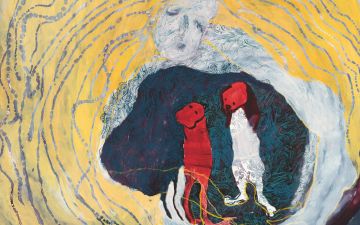 My Spirit with You 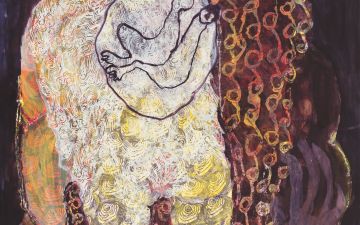 Ndakukurwa (Something Is Taking Me) 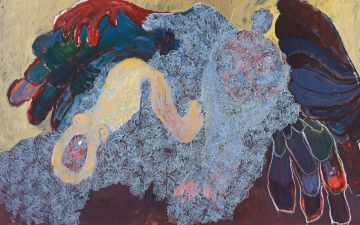