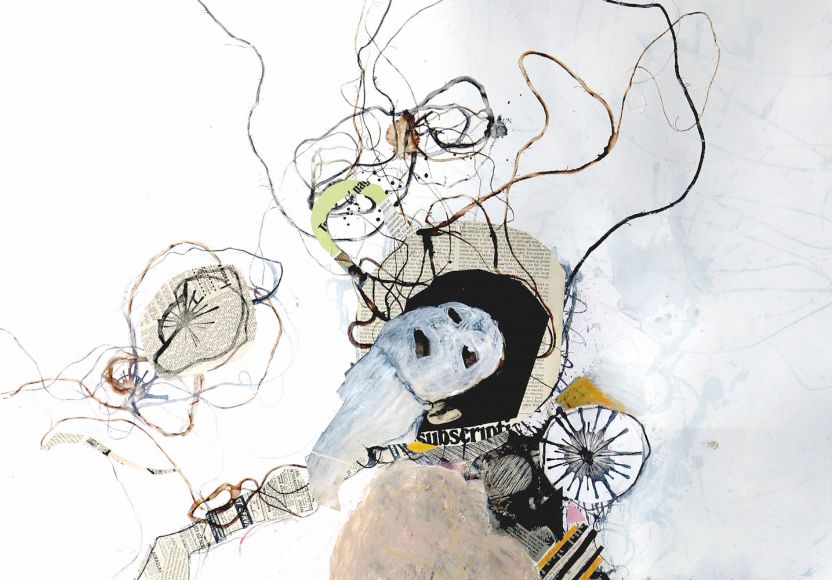 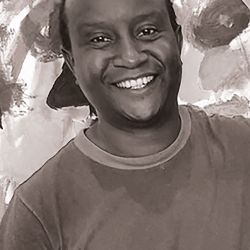 Manyonga’s approach to art and the processes of self-discovery are both frenetic and playful, hiding clues in and amongst abstracted and camouflaged figures.

In his art, recurring motifs such as the hand and the cross (‘x’) are often camouflaged alongside the depiction of tortured figurative forms through the use of a monochrome palette; splashes of ink; and the abstraction of line. In <Ballot Box I> and <Ballot Box II> (2018) Manyonga depicts figures engaging in the act of voting. Their forms appear abstracted as if being pulled in different directions by an invisible force. Nevertheless, they appeared determined. These works are a reflection on the electoral processes in Zimbabwe and the debates that have emerged from this.

Percy Manyonga’s works are featured in the Zeitz MOCAA exhibition, Five Bhobh – Painting at the End of an Era (2018 – 2019).