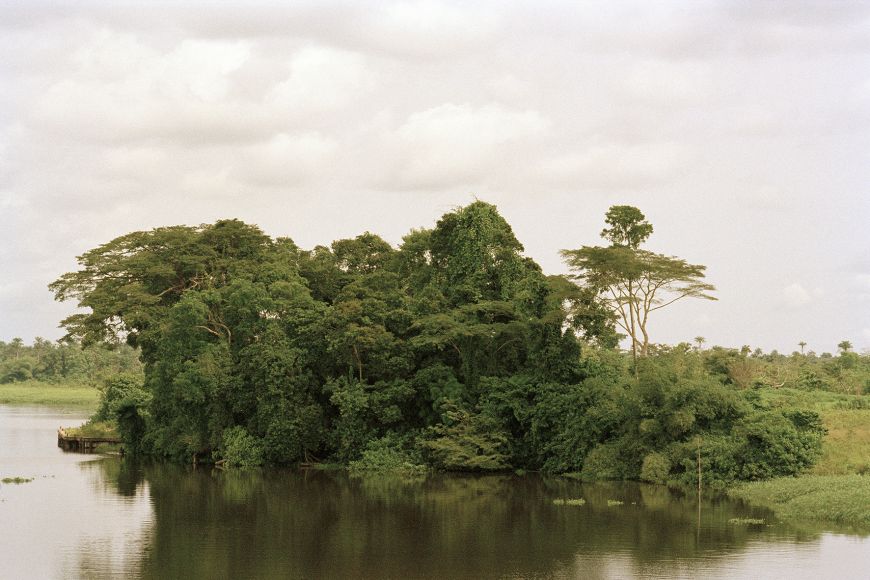 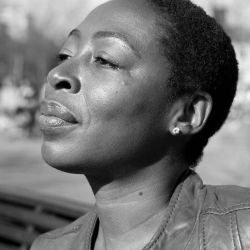 Otobong Nkanga began her art studies at the Obafemi Awolowo University in Ile-Ife, Nigeria and continued at the Ecole Nationale Supérieure des Beaux-Arts, Paris, France. She attended the residency programme at the Rijksakademie van beeldende kunsten in Amsterdam, Netherlands and in 2008 obtained her Masters in the Performing Arts at Dasarts, Amsterdam, Netherlands. She currently lives and works in Antwerp, Belgium.

Nkanga explores the politics of land and its relationship to the body. Unpacking histories of land ownership and migrations, Nkanga brings to light the memories and historical impacts provoked by humans and nature.

The artist’s research makes connections to all of the various components that make up our environment, observing the inherent complexities of resources like soil and earth and their potential values in order to provoke narratives and stories about the land.

Her most recent solo exhibitions include From Where I Stand, Tate St. Ives (2019),  A Lapse, a Stain, a Fall, ar/ge kunst, Bolzano (2018); To Dig a Hole that Collapses Again, MCA Museum of Contemporary Art, Chicago (2018); Wetin You Go Do?, The Tanks at Tate Modern, Blavatnik Building, London (2017); The Encounter That Took a Part of Me, Kunsthal Aarhus, Aarhus (2017); The Encounter That Took a Part of Me, Nottingham Contemporary, Nottingham (2016); Diaoptasia, Tate Modern, London (2015); Comot Your Eyes Make I Borrow You Mine, Kadist Art Foundation FR, Paris (2015); Crumbling Through Powdery Air, Portikus, Frankfurt (2015).

Nkanga’s work has been the recipient of multiple awards, including the Inaguaral Lise Wilhelmsen Art Award (2019); the Sharjah Art Foundation Prize (2019);  the Belgian Art Prize (2017); and the 8th Yanghyun Prize, Korea, (2015).

Otobong Nkanga’s work is on display in the exhibition Acts at the Crossroads at Zeitz MOCAA (2019 – 2020).