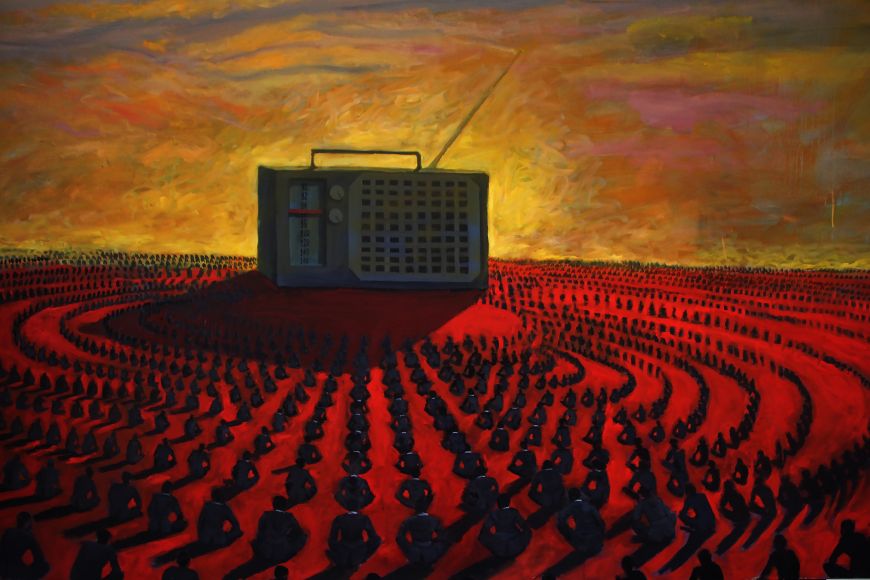 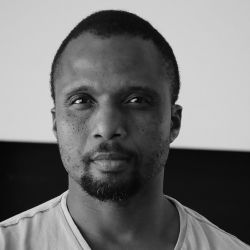 South African artist, Ndikhumbule Ngqinambi is a self-thought painter whose artworks is inspired by sound films and theatre. He has attended and facilitated several art workshops in Greatmore studio in Cape Town, Johannesburg, Stuttgart, Sao Paulo, Wales, Florence and Cumbria.

Working in an extremely figurative and repetitive form, his landscape formatted paintings involve movement and pace as well as symbolic storytelling elements. His work expresses commentaries on the local and international political landscape.

On a quest to translate his painting into live performances, he has collaborated with visual artists musicians and dancers, local and international, artists such as Jackie Monyaapelo, Reza Khota, Hlubi Vakalisa, Lonwabo Kilani and Dathini Mzayiya and staged music and body movement performances that reflect the content of his paintings.

His work has featured in various galleries including Association for Visual Arts in Cape Town; Beacon Harbour Gallery in Cumbria England; SBK galleries in Amsterdam; and Barnard Gallery in Cape Town. His artwork has been collected by private individuals as well as companies such as Telkom, Sanlam Private Wealth, Iziko National Gallery, Delair Graff Estate, University of South Africa and the University of Cape Town. 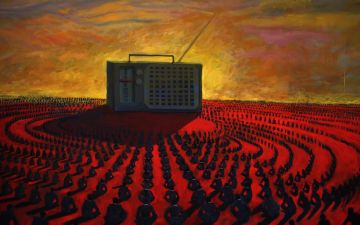