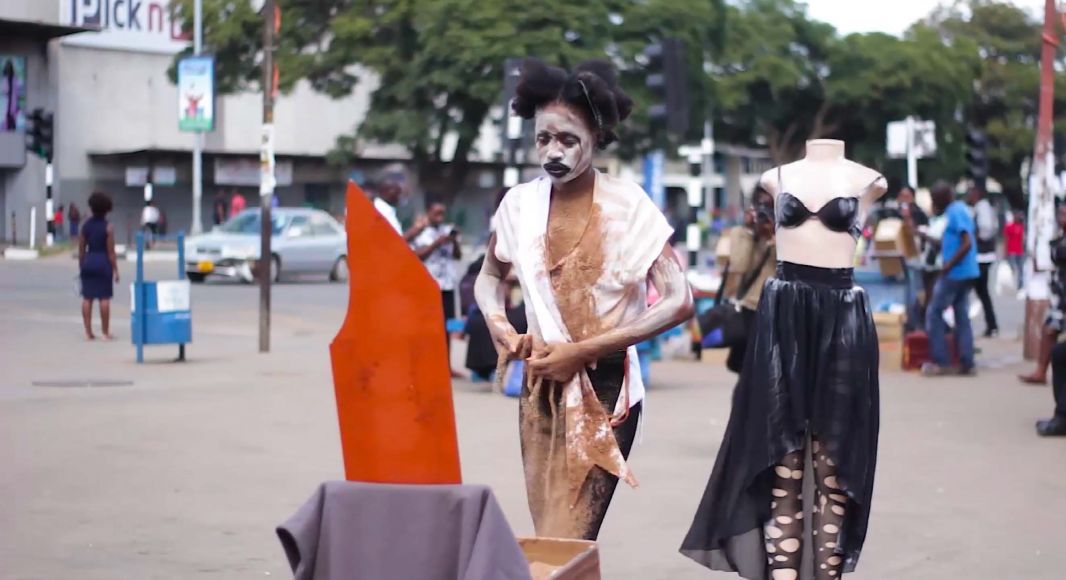 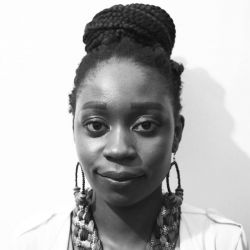 Miriro Mwandiambira was born in Zimbabwe where she currently lives and works. Mwandiambira is a graduate of National Gallery Visual Art Studio with a National Certificate in Fine Art(2014). She is currently a painting resident at Chinembiri studios.

As an artist, Mwandiambira is interested in the lives of young women living in Harare, their obsessions and views. As a social commenter and storyteller, she identifies with her contemporaries and creates humorous and playful vignettes about young women and their foibles.

Her work titled, Try to adore me, no? (2017) is a video of a performance in the streets of downtown Harare. The work is a dramatisation at the extreme of young woman’s futile attempts to fit in with social expectations at the same time the performance itself is a rebellion against these expectations. Mwandiambira makes the audience as uncomfortable as she is made to feel at the same time her provocation creates furious discussions and debates around her, with some wanting to attack her and others defending her. The drama of the street and the drama of intimacy, brought together in this work speaks potently the tensions of personal and political in Zimbabwe contemporary life and is representative of our ethos also as a gallery – working not only with artists but with artists as humans living at this time and in this place.

Mwandiambira works with both printmaking and painting. She has been exhibiting regularly throughout her student career and continues to do so. Her work was selected into the National Gallery of Zimbabwe Annual Show at the end of 2014 and she is taking part in several local group exhibitions in Harare in 2015.

She has been awarded with the 2018 RAW Academy award (Dakar, Senegal) and her works are part of the 2017 ST-ART collection (Tel Aviv, Israel).