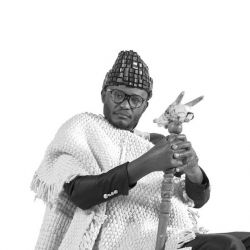 Maurice Mbikayi was born in Kinshasa, Democratic Republic of CongoÂ and currently lives and works in Cape Town, South Africa.

He holds a BA in Graphic Design (Advertising and Visual Communication), from the Academies des Beaux-Arts in Kinshasa. He completed his Master of Fine Arts degree (with distinction) in 2015 at the Michaelis School of Fine Art, University of Cape TownÂ in Cape Town.

Mbikayi interrogates the proliferation of technological commerce in our geopolitical system. Technologyâ€™s reliance on mining for resources, for instance, has made African countries and their people vulnerable to resource extraction and low-wage labour abuse.

Mbikayi collects remnants of this rapidly developing technology and incorporates them in his work, resulting in sculptures, photographs and performances that link the materials back to their political contexts.

He was selected as one of the finalists of Luxembourg Art Prize in 2016 and was selected as a core participant in the Between the LinesÂ symposium of 2013, an exchange between Michaelis School of Fine Art and the Braunschweig University of Art in Germany. He also took part in the Spier Contemporary 2010 Biennale presented by the Africa Centre in Cape Town and the Hollard Creative Exchange program of 2010-2011. In 2010 he was selected by the Alliance FranÃ§aise for a traveling solo exhibition in South Africa, Swaziland, and Mozambique. He was awarded a three-month residency at IAAB in Basel, Switzerland by Pro Helvetia South Africa. Mbikayiâ€™s work is included in the permanent collections of Iziko South African National Gallery, the Scheryn Art Collection, Progressive Art Collection, and Yellowwoods Art. 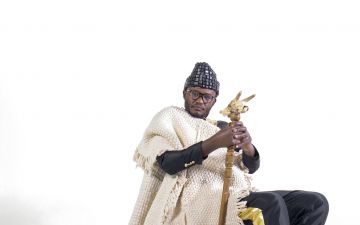 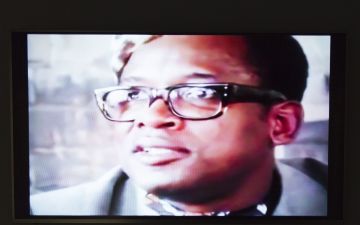 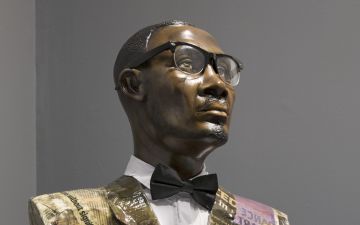 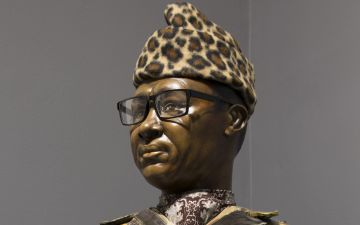