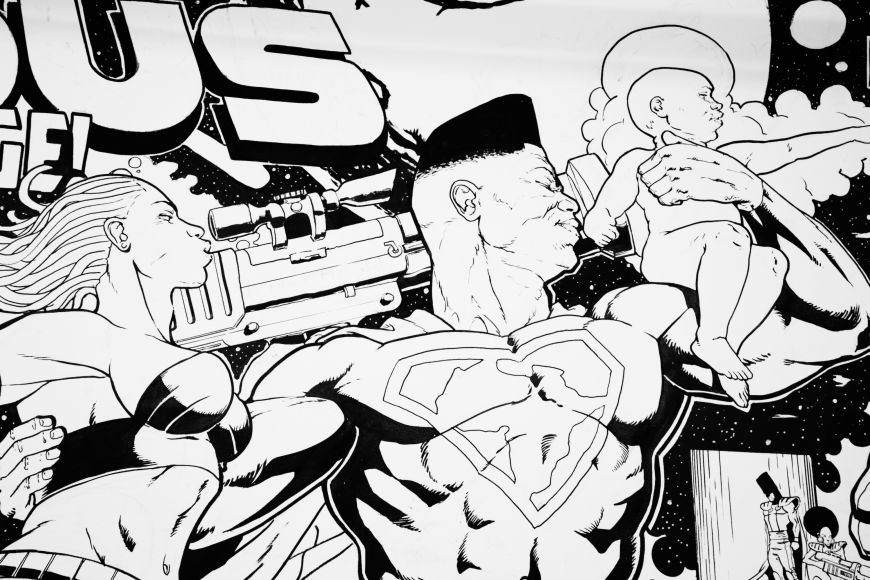 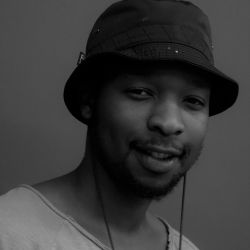 Loyiso Mkize is a South African-born visual artist. He studied at the Cape Penisula University of Technology (CPUT) in Cape Town, South Africa where he obtained his diplomaÂ qualiï¬cation in graphic design in 2009.

The comic book quickly rose to popularity with new episodes being published in steady succession. The obvious remedy to meet with the demand as well as extend availability nationwide would be to partner with David Phillip publishers. From June 2016 KWEZI then went on to be published at all Exclusive Books stores and Bargain Books stores nationwide. The partnership has published two KWEZI collectors editions thus far enjoying regularly best-seller status in some prominent stores.

His company subsequently developed projects such as the Earth day campaign commissioned by 702Â and Cape Talk FM in 2014. The company later developed an Entrepreneurship awareness comic book titled, Young Hustla for and entrepreneurial training and facilitating company. Most notable was the anti-bullying comic book commissioned by the American comic book company, Archie comics which was developed and published in the USA in late 2015. His company has grown in leaps and bounds expanding the team’s expertise into animation. A natural progression from comic book production, Mkize along with his growing team, endeavour to continue their successful trajectory and make South Africas ï¬rst superhero cartoon series.

Loyisoâ€™s painting career began ofï¬cially in 2009. Having discovered late in his life that he had a passion for portrait painting this artistic expression has grown over the years with great success. Painting has become a tool that he uses to document and express views and ideas. He paints with oil paint on canvass. His subjects, generally African, explores the complex nature that makes up this modern man, his environment, predisposition and culture. Mkize focuses on the emotion, emphasising brush strokes on skin texture and the eyes. Finding the subjectâ€™s spirit and communicating that through the medium is an effort that he has found his voice in.

Mkize has also been commissioned to create nine artworks for the Hollywood crime thriller, MomentumÂ directed by Stephen Campanelli and starring Olga Kurylenko, Morgan Freeman and James Purefoy. Mkize has also been involved in different organizations and foundations using his talent. He was commissioned by the Rotary Club of Sea Point to paint a massive Nelson Mandela portrait which was later successfully auctioned in the Leeuwenhof Premier Residence in Cape Town.

Mkize was commissioned by the Out of Africa Foundation in 2013, to paint a big portrait of Arch Bishop Desmond Tutu, the unveiling of which was attended by the Archbishop himself and family. The artwork is regularly hung in numerous locations in Cape Town including the airport as a beacon of cancer awareness. In 2012, Mkize was the brandÂ ambassador for Knights whisky and was involved in their Authentic South Africans campaign. In 2017, his painting, Gqama NtyatyamboÂ was nominated for the Design Indaba â€œMost beautiful object in South Africaâ€ award.

His ability to create visual art throughout the varied arenas he participates in carries with it an intention to communicate ideas that he ï¬nds most important in his life, the most prominent being the preserving the African identity. His life work embodies the message of self-awareness, acknowledgement, strength and radical presence. It’s in this spirit that he hopes his work can perhaps create a platform in which we can all communicate freely.