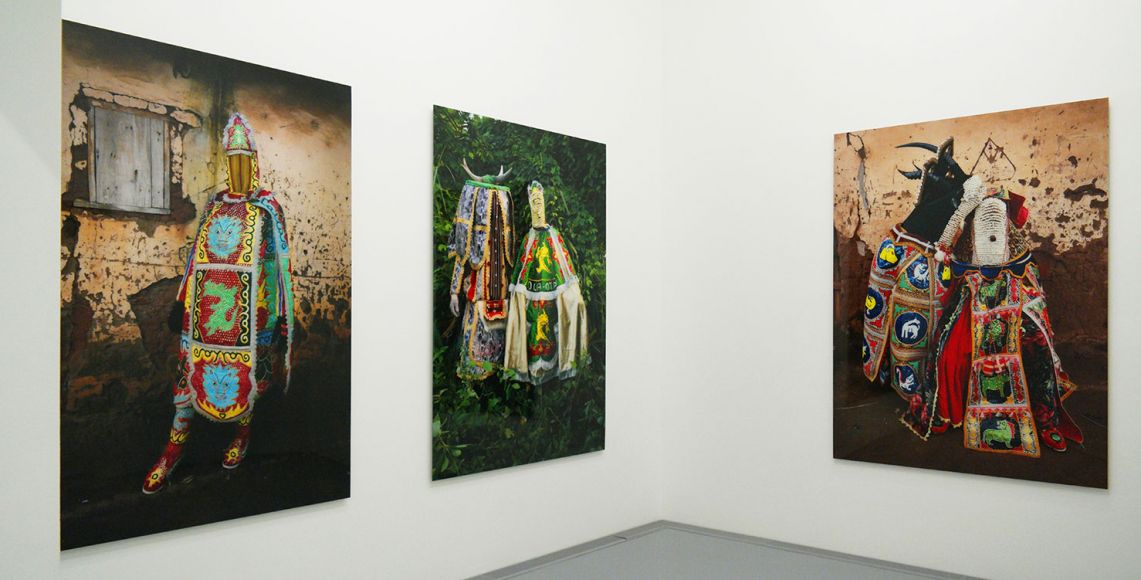 Agbodjélou is best known for his photographs of the people of Porto-Novo, as in his ongoing series, ‘Citizens of Porto-Novo’, which attempts to document and capture a generation in the transition between tradition and progress.

In Egungun, the artist documents costumes that represent incarnations of the Yoruba tribe’s ancestral forebears, traditionally worn at processions and funerals. Trained by his father, a skilled and internationally renowned photographer, Agbodjélou’s choice of medium in combination with this form of traditional pageantry highlights the tension he attempts to capture in his work. 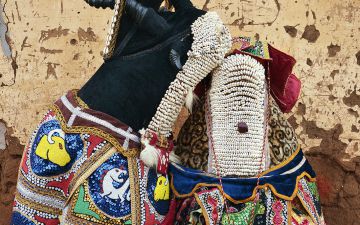 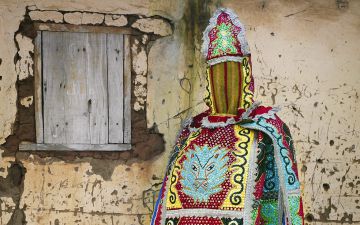 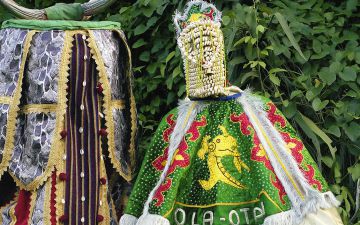