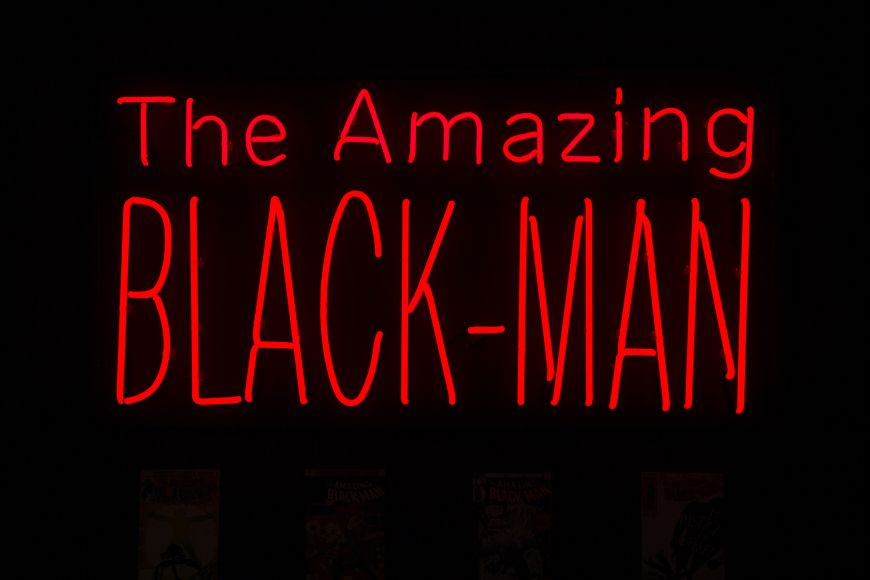 Kumasi J. Barnett was raised in Baltimore, Maryland in the United States of America and currently lives and works in Brooklyn, New York. He earned a BA from the University of Maryland as well as an MFA from the Ohio State University.

In this series of paintings, Barnett satirizes â€œThe American Wayâ€ by appropriating and transforming familiar comic book imagery. Beloved heroes like Spider-Man and The Hulk are transformed into meta-cultural icons like The Amazing Black-Man or The Thug. These champions form a brutal hyper-realistic version of an all too familiar America.

Barnett’s series of work titled, Comic TropesÂ is an example of how his appropriated comic books recontextualize the white hero worship of the superhero universe for more timely conflicts. Through his comic books, Barnett constructs a subculture of heroes to take on a terrifying host of novel supervillains. Stereotypes, prejudices, southern-pride and killer police are all parts of Barnettâ€™s evil alliance, all attacking â€œThe True American Heroesâ€.

In Barnettâ€™s series, each comic is repainted to obscure and obliterate the original American icon. This allows a new and often terrible story to be built around a fragile and familiar American experience. The result is small nostalgic paintings that walk a fragile tightrope over pain, mockery, humour, and truth. Barnettâ€™s work shakes this tightrope of culture that unites us all as Americans, both in its heroic
iconography and stereotyped racism.

Acquired from years of gathering, the comic books Barnett uses in this series are personal mementoes sourced from his private collection. His collection includes recent purchases that revisit and re-engage the artistâ€™s youth spent among the dusty shelves of comic book stores in Baltimore. By defacing these familiar comic books Barnett puts his finger on the pulse of America today. We see here a schizophrenic America, one that attempts to celebrate and hate both our differences and our sameness.

His works have been shown in exhibitions throughout the States and internationally. 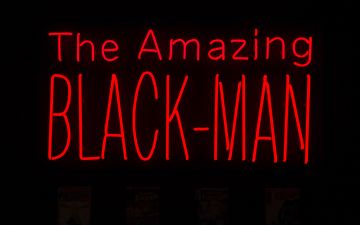