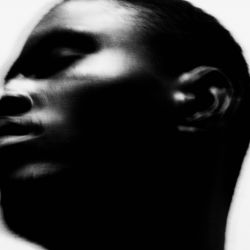 Kadara Enyeasi is a fine art photographer from Lagos, Nigeria.

His work is influenced by an understanding of form, space and perspective, mostly due to his background training as an architect. His early influences stretch from the high concept layered order of the ‘five points’ postulated by Le Corbusier to the classic avant-garde portraitures of early West African photographers.

Driven by a narrative, his eye, through the camera always sees something that wills the audience in; the images seeming to riff with the shadows of a serene everyday sexual provocation.

Principally a photographer, Kadara has recently ventured into experimenting with different media such as sculpture and installation. His work moving forward will focus strongly on gender and sexual rights vis-a-vis institutions and these institutions’ culpability in promulgating specific rights-exclusive agendas.

The L’Ouverture series is greatly influenced by the ideas of Franco-Swiss architect, Le Corbusier. During the heroic period, Le Corbusier devised tools he applied in different ways to his architectural practice. These tools have shaped the thoughts and modified sketches of the projects he undertook. The grid, which was one of the prominent tools was used to organize the structural elements in the building design. By having this rigid layout, usually in rhythms, he could locate walls as he pleased within the building fabric. Curved, as well as straight walls, were effortlessly located to create dynamic internal spaces. In application, Enyeasi used the grid to locate anchor points for the text and image in his collages. The grid also helps create tension between the physical image border and the external surrounding
surface.

In Le Corbusier’s toolbox was the regulating line. Unseen as perpendicular lines running from corners, midpoints as well as calculated points along prominent edges, he could create a pleasing relationship between openings along the exterior building facade. Enyeasi applied this tool to the L’Ouverture II series. They lack the physical presence of the grid and regulating lines but in practice, are ordered by these tools. Also as seen in his Unite habitation projects, the regulating lines were used to device the compartmentalization of his sun shading devices Brise Soleil. In relation to his collages, the invincible regulating lines further locate his image and text and orchestrate a visually pleasing relationship. In the L’Ouverture III series, the regulating lines were used to regulate the proportions of individual cutouts to make a whole form.

Le Corbusier devised the Saluba colour wallpaper collection in order to fully manifest the psychological effect of his buildings. Despite not having a copy of the book, Enyeasi was able to use a colour picker to select colours from Le Corbusier‘s series and apply as a background in his collages. Additionally, Enyeasi was influenced by the primary colours of the De Stijl movement, most especially the paintings of Piet Mondrian. The influence can be seen in Verdue A and B from the L’Ouverture II series.

With the last instalment to the gridded collage series, Scenario I: After the L’Ouverture, Enyeasi was preoccupied with infusing local ideas and language into the previously studied techniques. He played with the Yoruba concept “Arodan” which is to distract a person or people from the main objective by sending them on a wild sheep chase. He played with this concept in the way that allowed him to produce the photographs used for the collage by superimposing two seemingly identical images to produce a single form. Also by applying a differ scheme of colours from the Salubra Collection and in the instance of making the text prominent, inverting the original colour to create a strong contrast. 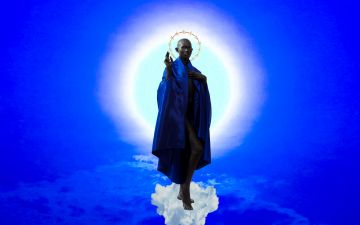 Donna AKA Madonna without Child I 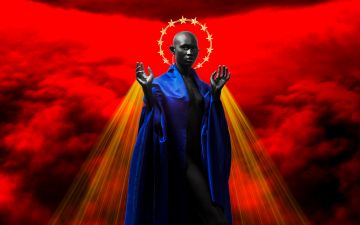 Donna AKA Madonna without Child II 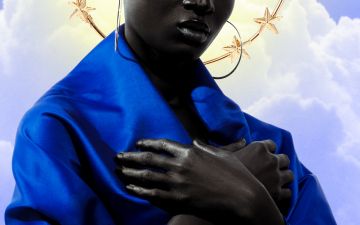 Donna AKA Madonna without Child III