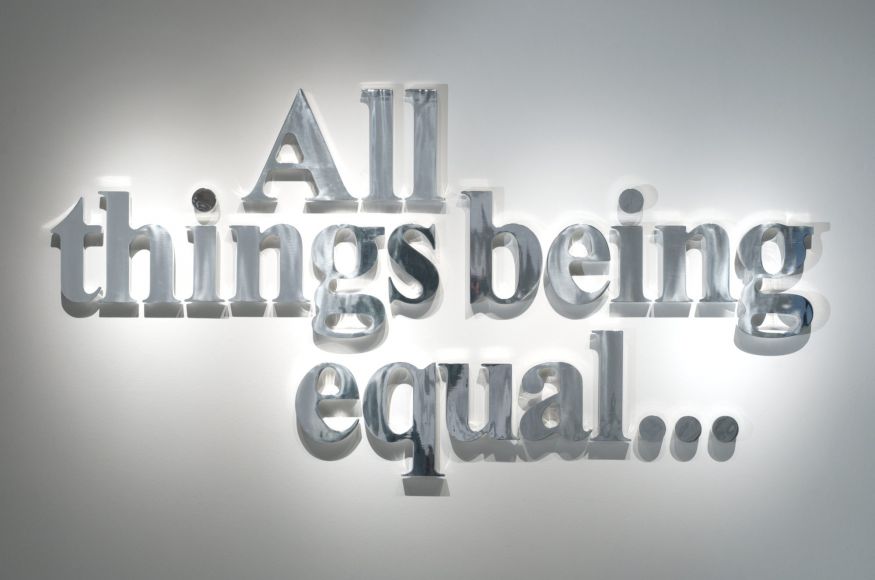 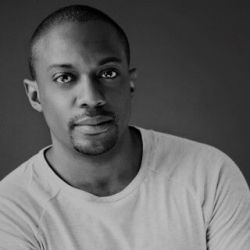 Hank Willis Thomas was born in Plainfield, New Jersey in the United States of America. In 1998 he graduated with a BFA in Photography and Africana studies at New York University, completing an MFA in Photography and an MA in Visual Criticism at California College of the Arts in 2004.

Currently based in New York City, Hank Willis Thomas’s practice is rooted in history, identity and popular culture, and aims to decode entrenched, often overlooked notions of racial prejudice within the psyche of corporate America.

Group exhibitions include Alchemy: Transformations in Gold at Des Moines Art Center (Iowa, United States of America: 2017); Uncommon Likeness: Identity in Flux at Sheldon Museum of Art located at the University of Nebraska (Lincoln, Nebraska: 2016); and Africa Now: Political Patterns at Seoul Museum of Art (Seoul, Korea: 2014-15), amongst others. 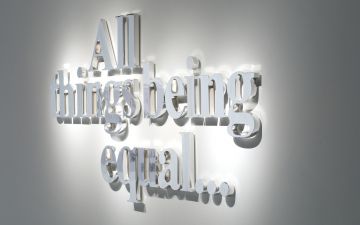 All Things Being Equal…