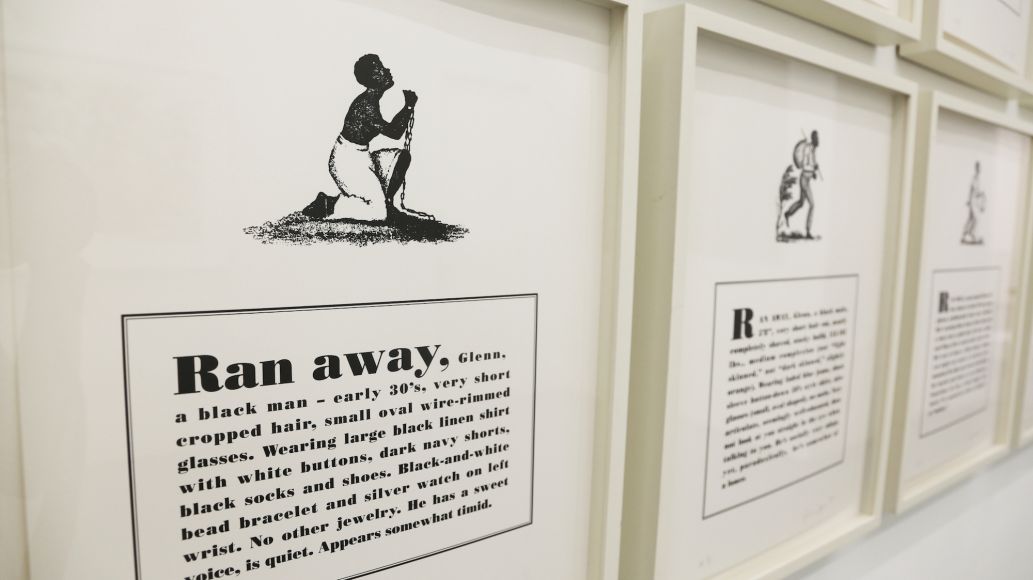 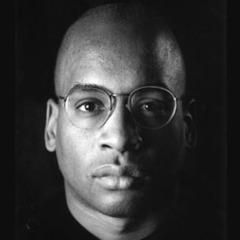 Glenn Ligon was born in New York, where he lives and works. At the age of 22, he received a Bachelor of Arts from Wesleyan University (1982) and attended the Whitney Museum Independent Study Program in 1985.

Whether through the sampling of prominent African American texts, the repetition of words or numbers to the point of abstraction, neon sculptures or his incisive readings of poststructuralist ideas, Ligon’s practice finds a way to tackle issues of black identity, sexuality, and history, building onto the modernist traditions of painting and conceptualism to offer new readings of contemporary life in America.

His series of lithographs Runaways (1993), for example, began with an investigation into the life of Henry â€˜Boxâ€™ Brown, a slave who fled captivity in 1849. At the time, it was common to find handbills or wanted posters that detailed the physical particularities and mannerisms of runaways. Although these handbills haunted the fugitiveâ€™s every move (their very freedom was dependent on their ability to remain invisible) they also served as a symbol of hope to those still enslaved.

Paired with a nondescript visual header, and designed to emulate such handbills, each lithograph contains a brief profile of the artist as seen by his friends. The result is a fantasised absence, a refusal to be found within the reductive landscapes of the American psyche, both past and present. 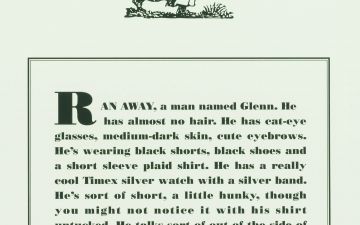 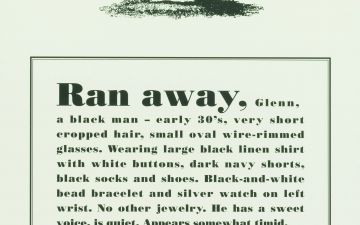 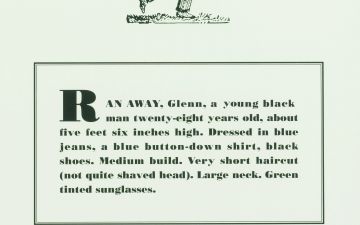 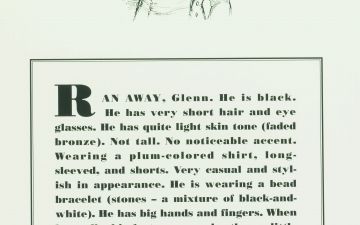