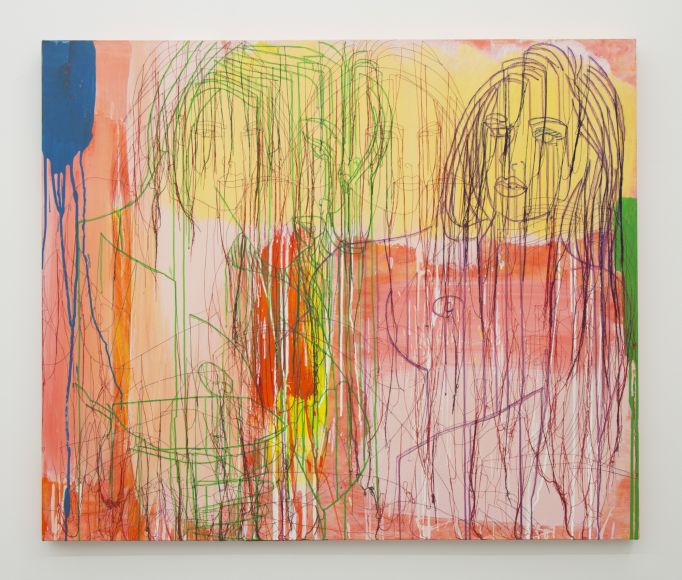 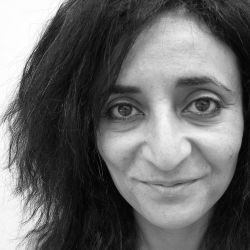 Ghada Amer was born in Cairo, Egypt. This Egyptian- American artist currently lives and works in New York City. In 1974, Amer and her family relocated to France, where the artist received her BFA (1986) and her MFA (1989) at the Villa Arson EPIAR in Nice and the École pilot internationale d’art et de recherche.

Amer, who was raised in an observant Muslim household, embraces these topics as her conceptual point of departure, in response to personal experience. Amer was inspired to challenge the western male-dominated legacy of painting, after she found herself excluded from painting classes during her Fine Art studies in France. In response, the artist decided to incorporate needle work into her abstract canvases, a domestically associated female ‘craft’ that she learnt from her mother and grandmother.

The artist, striving to subvert the traditionally masculine genre of painting deliberately adopts ‘politically incorrect’ imagery of women. Seeking to challenge patriarchal artistic practices, the artist’s work furthermore addresses universal problems, such as the oppression of women that is prevalent in many cultures. The exploration of female ‘oppression’ can be extended to the commercial objectification of women in society. The commercial objectification of women is suggested through the artists bold and somewhat ‘kitsch’ use of colours, and graphic fonts embroidered onto the surface of her paintings. The surfaces of Amer’s paintings consist of multiple layers, encouraging the viewer to scrutinize the canvases up close. This act, reinforces and perpetuates the violence of the male ‘gaze’.

With a career that spanned more than 20- years, the artist has exhibited widely all over the world since 1992 including the Whitney Biennale (USA: 2000); Intimate Confessions, Deitch Projects (New York, USA: 2000), which travelled to the Tel Aviv Museum of Art (Tel Aviv, Israel: 2000) and Kunst- werke (Berlin, Germany: 2000), making Amer the first Arab artist to have a solo show at the Tel Aviv Museum of Art, Reading Between the Threads, Anadil Gallery (Jerusalem, Israel: 2001), Breathe Into Me, Gangosian Gallery (New York, USA: 2006) amongst others. Amer’s work also forms part of many notable collections such as, The Art Institute of Chicago, the Birmingham Museum of Art, the Israel Museum, Jerusalem, Museum Kunstpalast, Germany and the Samsung Museum of Art in South Korea just to name a few. 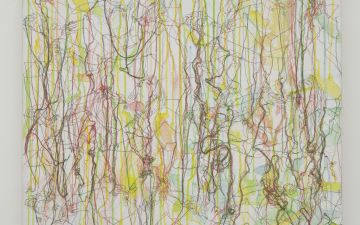 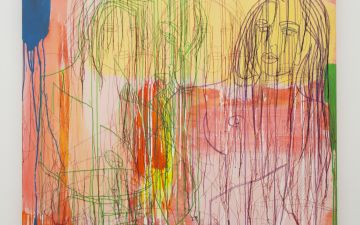 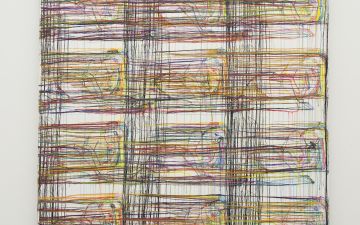 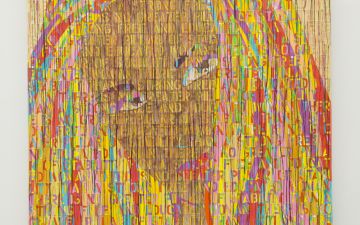 The Virgin without the Child