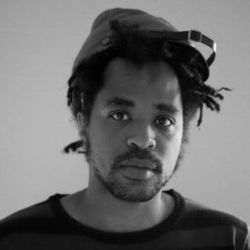 Frohawk Two Feathers was born as Umar Rashid, Chicago, Illinois in the United States of America. In 2000, he graduated from the Southern Illinois University in Carbondale, Illinois with a Bachelor of Arts degree. He currently resides and works in Los Angeles, California.

He produces a visual narrative of historic sagas such as colonial uprisings between the two fictitious superpowers, Frengland and Fenoscandia. Through his inventive retelling of colonial history, Two Feathers explores themes of Afrofuturism and its relation to past.

Through his practice, he destabilises the entrenched hierarchies of 19th century ethnographic portraiture. Producing drawings, paintings, sculptures and installation pieces, Two Feathers works with acrylic paint, graphite, tea and coffee to create an antiquated impression by ageing the surfaces of his paintings and sculptural works.

Two Feathers’ solo exhibitions include On errythang (On everything) for MATRIX 170 (Wadsworth Atheneum Museum of Art in Hartford, Connecticut, USA: 2014-2015); Heartbreaking and shit, but that’s the globe. The Battle of Manhattan at Morgan Lehman Gallery (New York, USA: 2014); And Those Figures Through the Leaves. And That Light Through the Smoke, Part Two of “The Americas” at Nevada Museum of Art in Reno (Nevada, USA: 2013), We Buy Gold, We Buy Everything, We Sell Souls at Museum Of Contemporary Art (Denver, Colorado, USA: 2012) and The Edge Of The Earth Isn’t Far From Here at Stevenson Gallery (Cape Town, South Africa: 2011).

Participation in group shows include Based on a True Story: Duke Riley and Frohawk Two Feathers at Contemporary Arts Center (Cincinnati, USA: 2015), Nothing to Say at Guererro Gallery (San Francisco, California, USA: 2011), Stranger Than Fiction at Santa Barbara Museum of Art (California, USA: 2010) and Else at Tilton Gallery (New York, USA: 2010). His work has also been featured in The New York Times, Art in America and Flaunt Magazine. In 2011, he published a book called The Edge of the Earth Isn’t Far From Here. 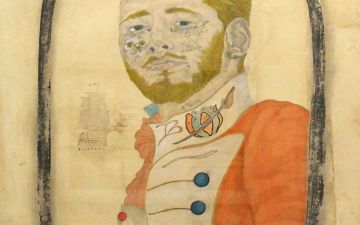 Antoon DeVries, The son of the former Duke of Frenglish Friesland, fought in the end of the Wolf and Hawk War. Became an Admiral but was criticized for his region’s complicity with Frenglish occupation so he decided to lead the disastrous mission to retake the Kaapkolonie to quiet his detractors in the Batavian government. It is unknown whether or not he survived. 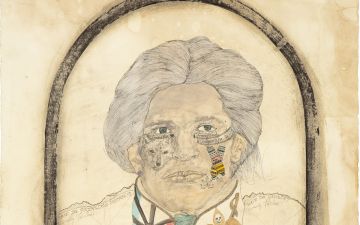 Didier Lamontagne, Captain Didier Lamontagne was sent to (Cape Town) Francisabad du Sud to govern the colony near the end of the 50 years war. He was being punished for siding with Anika of Gongasriika near the close of the war. He kidnapped Nokwazi of the Zulu near Fort Natal and tried to mold her into another Anika (with whom he was infatuated). He did however develop a most formidable artillery corps and it was his knowledge of artillery that saved Frengland Australis from invasion. 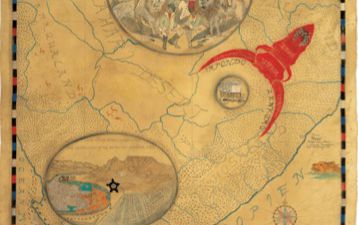 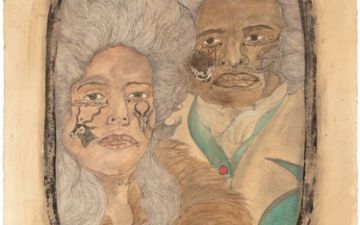 The shared fate of traitors. Johanna and her lover Dumile