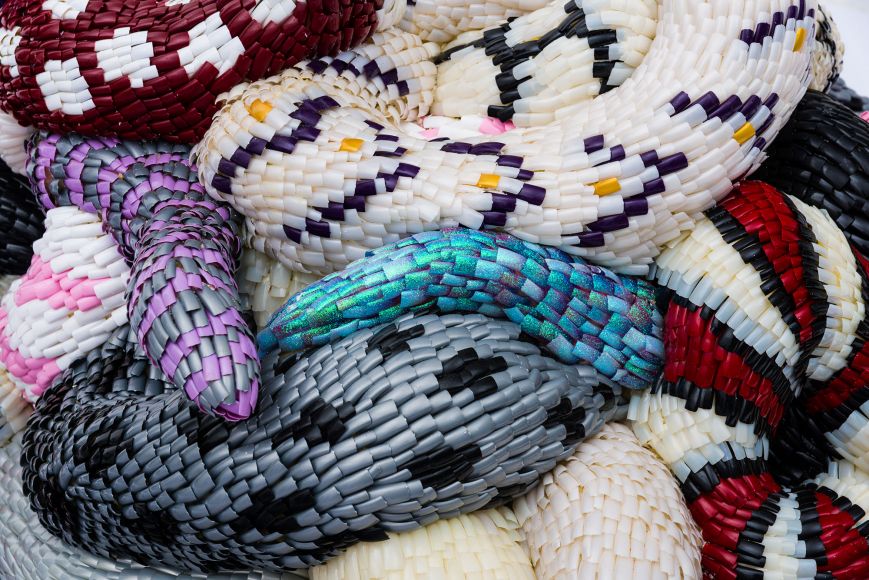 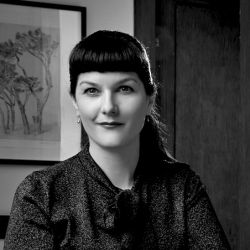 Frances Goodman was born in Johannesburg, South Africa where she currently lives and works as a practising artist.

She completed a Masters in Fine Art at Goldsmithâ€™s College at the University of London (London, United Kingdom: 2000) and held a laureateship at the Higher Institute for Fine Art in Antwerp, Belgium (2001-2003).

Goodman is best known to work with objects generally affiliated with female identity, including jewellery, false eyelashes and acrylic nails. As such, she investigates the relation between beauty regimes, obsession and neuroses.

Goodmanâ€™s installations and sculptures, which have been described as â€œhumorously darkâ€ on her website, comment on how heightened self-awareness and self-consciousness become a disproportionate aspect governing womenâ€™s lives.

In her work, she explores material possessions associated with beauty conventions and matrimonial traditions, revealing the internal and external pressures inflicted on individuals in the quest to adjust to and abide by accepted social conventions. Rebellious in nature, Goodmanâ€™s work challenges the male gaze as well as the influences of mainstream, popular culture and media. The strength of her work lies in the fact that itâ€™s often presented with sheen, sensuous exteriors which allude to the latent libidinal energy that stimulates consumption, as seen in her use of glossy nail varnish.

By means of repetition, she creates semi-abstract forms and landscapes with her sculptures and installation pieces, which speak of the symptoms associated with Obsessive Compulsive Disorder (OCD). In an artist statement published in ArtThrob, Goodman states, â€œThe mundane, the ordinary and the trivial have always been of interest to me, as I believe they all obscure dark places, issues and emotions that people do not wish to confront.â€ 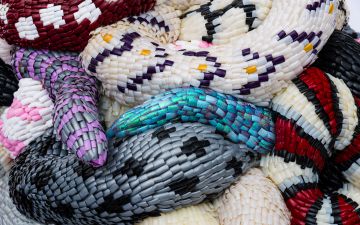