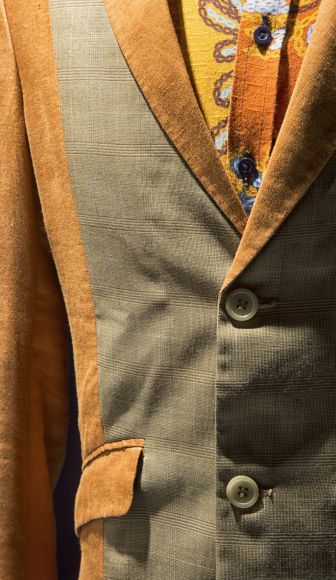 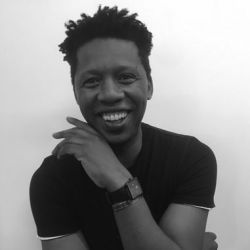 Ephymol by Ephraim Molingoane is a menswear fashion label that was formed in 2002. Molingoane debuted his first collection at the 2002 South African Fashion Week and has been showcased at SA Fashion Week ever since.

The Ephymol brand is known for bold, masculine tailoring and unique approach to timeless lines. The brand is headed by Ephraim Molingoana, a Soweto born yet QwaQwa, Free State raised international model and self-taught designer.

His designs collections are inspired by the 50s in Sophiatown and they incorporate sophistication of that era, the patchwork, the township vibe and the hostels.

The black men in hostels and townships didn’t have much money, and when their clothes got torn or worn, they would fix them with beautiful, neat patchwork. Even today one of the core things that people still do is patchwork. The Ephymol brand takes on the idea of ‘from rags to riches’.

Molingoane believes in preservation and about recycling things. Even as a teenager, he got bored with the ‘normal way of dressing’ and made his own coat out of a second-hand purchase which he wore to school.

He started modelling in 1991 in township shows. ‘They had Black Miss South Africa, Miss Legs South Africa and Mr Nightclub.’ At that time, Brenda Fassie introduced Molingoane to Clive Johnson who was to become his mentor and adviser. After becoming the first black model to be the face of Diesel Jeans in a worldwide campaign in 1996, he became a fashion stylist which he believes is a very valuable background for a designer.

Molingoane states: “As a stylist, you are ripping up other designs and changing their looks and putting different elements together to create your own image. You have to know how to put things together. I always say the best designer is the best stylist”.

His first showcase at SA Fashion Week in 2002, was titled the Pink Panther collection because it was pink and black. He was one of the few local designers who used pink and flower print fabrics for men.