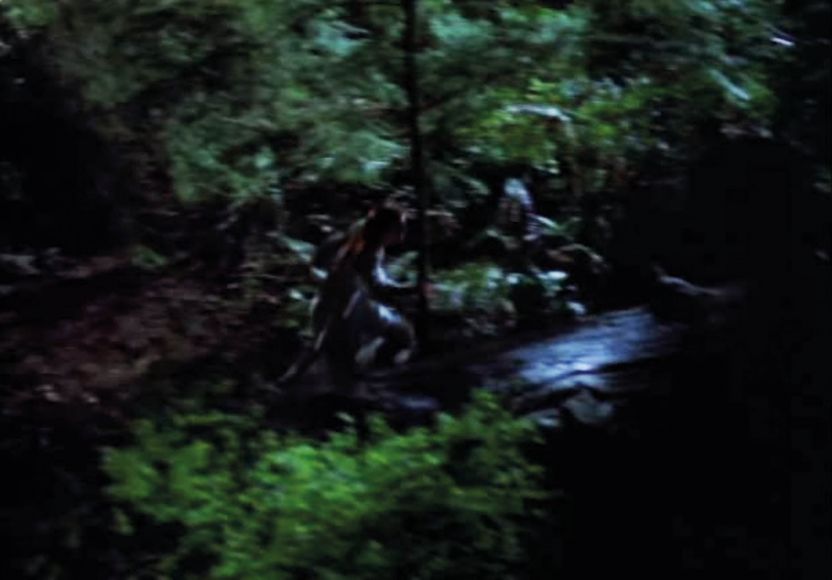 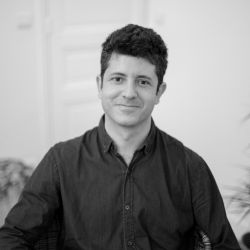 Emmanuel de Montbron was born in France and moved to South Africa in 1985. He returned to Paris in 2015, where he currently lives and works. Montbron received his BA in Political Science in Lille, France, before studying at the Michaelis School of Fine Art in Cape Town, where he majored in painting.

The artist’s ongoing project, titled The Department of Some Affairs, is conceived as the inner psychic realm of an imaginary bureaucracy, cut-off from the world, paranoid, xenophobic, and hallucinatory. The work engages with the ambiguities and complexities of bureaucratic alienation, through the staging of an immersive space, at once alienating and alienated.

Forming part of a literal dialogue between a set of fictional characters within The Department of Some Affairs, the video In a gloomy wood, astray borrows its title from a line at the beginning of Dante Alighieri’s Inferno. The first scene from the pilot episode of the series The X-Files (1993) has been edited out and is played on continuous loop. The looped video functions as a metaphorical self-portrait: the figure “trapped” in the dark forest acting as a metaphor of a foreigner’s tribulations in a bureaucratic nightmare.

“Emmanuel’s narrative of belonging, denial, bureaucracy, labelling, and xenophobia reflects the broader situation, beyond his own, with regards to the treatment of ‘aliens’ in South Africa. Its content has gained yet greater resonance with the contemporary refugee situation within not only South Africa’s borders, but globally. This work makes a clear challenge to what we consider to be justifiable rules and what is held to be right and fair”.

Montbron is a participating artist in the show The Main Complaint at Zeitz MOCAA (2018 – 2019).