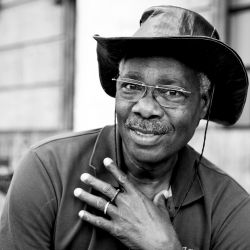 El Loko was an artist, born in Pédakondji, Togo. Throughout his life, El Loko lived and worked between Pédakondji, Togo and Cologne, Germany. Sadly, he passed away in November 2016, just after completing his work which is permanently exhibited at Zeitz MOCAA.

He trained as a textile designer in Accra, Ghana, from 1965 to 1968 and it was here that Joseph Beuys saw his work and offered to fund his study at the Kunstakademie in Düsseldorf, Germany. There he studied Sculpture, Painting and Graphic Art from 1971 to 1979 and expanded his practice, working in photography, poetry, reliefs and creating installation pieces.  At first encountered he encountered many clichés surrounding art from Africa within the European (German) art scene, yet through his artistic practice, El Loko successfully defied those clichés which inhibited his expression within the European context.

Dr Ulrich Krempel, the Director of the Sprengel Museum Hannover states the following about his practice, “El Loko’s aim is to develop a universal language but without ever losing sight of his own origins. Indeed, since his arrival in Europe, he has at last been able to return, through a gradual process of development, to his own self, to a situation in which he can rediscover his own identity as a travelling and internationally active African artist.”

El Loko had since developed the ‘Cosmic Alphabet’, a language consisting of symbols taken from his earlier work. His vision was to create a universal language which transcends racial and cultural barriers that prohibit free association and communication.

Regarding this work of his, El Loko states the following, “I have a dream to establish one language for the entire world, create only one way of communication between all human beings on earth. This new way would erase discrimination and racism among all people because they would feel they all belong to the same culture…” 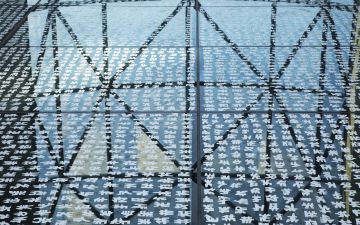