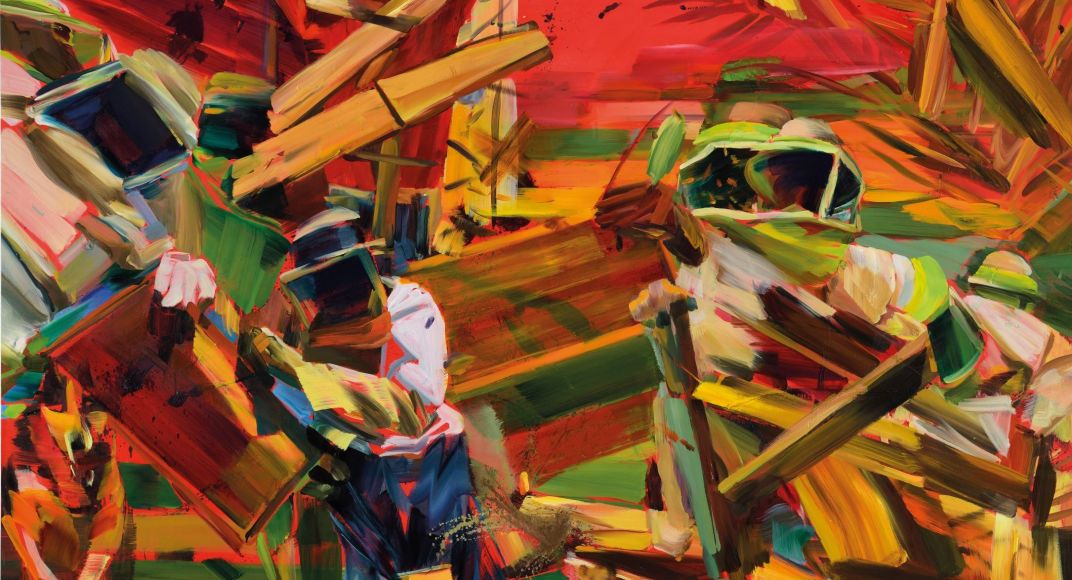 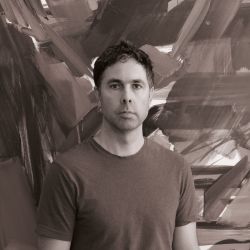 Duncan Wylie was born in Harare, Zimbabwe and currently lives and works in London.

Using gestural mark-making, colour, and composition, Wylie creates multi-layered paintings that convey a sense of chaos, urgency, and resilience. Represented through an exploding matrix, the thin, transparent layers of oil paint in Wylieâ€™s work echo his fragile perception of â€˜belongingâ€™ â€” a consequence of having been subjected to the trauma and violence of losing oneâ€™s home.

In Self Construct (Zimbabwe undertones) (2017) we see the impressions of a figure walking along a railroad track. The figure appears to be struggling under the weight of debris â€” possibly planks of wood or sheets of metal commonly used in the construction of informal housing. In the background, one can see the contours of a wealthy home receding with the horizon. As the title suggests, this work draws our attention to the laboured processes of self-empowerment against the backdrop of displacement, inequality, and economic crisis in Zimbabwe. It is also a synthesis of marks and gestures, a vocabulary that the artist has developed through confronting these issues with paint.

Wylieâ€™s most recent solo exhibition, Construct and (Various) Disasters of DemocracyÂ was held at Galerie Dukan in Leipzig (Germany: 2018). His work,Â Multiple realities (multiple horizons), Johannesburg/LondonÂ (2016) is currently on show at the Louvre Abu Dhabi, as part of the contemporary permanent collection exhibition A Global StageÂ (United Arab Emirates: 2018).

Duncan Wylie works are featured in the Zeitz MOCAA exhibition, Five Bhobh – Painting at the End of an Era (2018 – 2019). 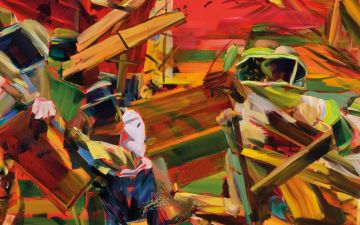