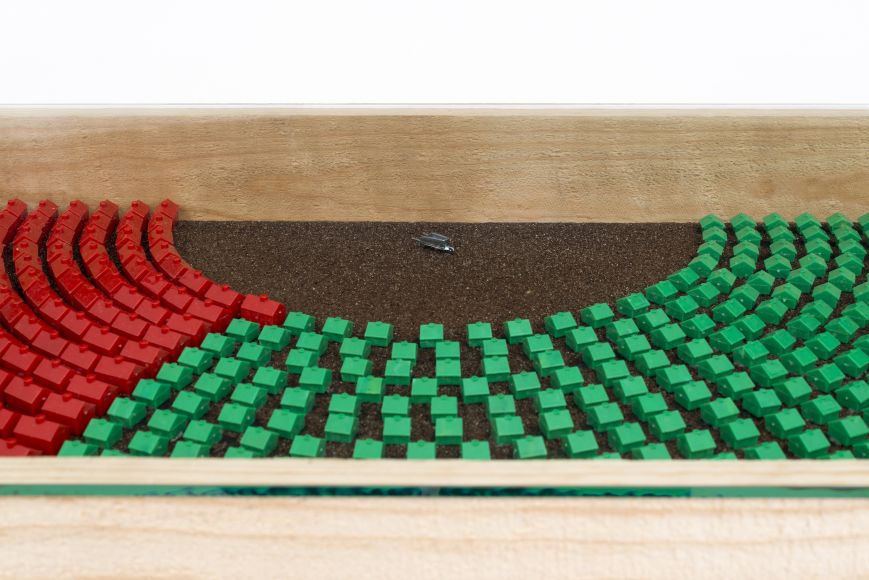 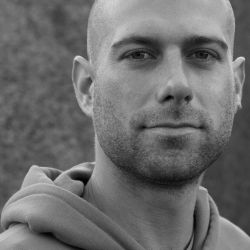 Dan Halter was born in Zimbabwe but has lived and worked in South Africa for many years. His work has also taken him all over the world, to places as diverse as Scotland, Rio de Janeiro, Italy, Switzerland and Germany.

Partly inspired by the anti‑industrial and anti‑consumerist arte povera movement of Italian artists in the 1960s, Halter’s work takes objects from everyday life and uses them as a means of commenting on issues of identity and immigration. Another important theme in his work is the economic relationships which have sprung up across the African continent in the post‑Cold War era of economic development.

Halter is now regarded as distinctive for his use of craft methods, such as weaving, and his use of materials, such as woven plastic bags from China. The latter material is a common feature of migratory life on the continent, and a recurring theme in his work. In addition, Halter has an interest in maps, which he has used in various works to highlight issues of displacement and the legacies of colonialism.

Halter considers that in more recent years, his work is now more global. He notes, however, that his first expansion was to include more of the diaspora. “My work now incorporates many more aspects of the diaspora and I’ve also expanded – I would say that my interests have broadened and there are more global concerns that I am more interested in.” He acknowledges that this change is a personal one. “I’ve travelled more, and worked in different contexts.”

Dan Halter’s work featured in the Zeitz MOCAA exhibition, Growbox Art Project (2019). His Growbox uses pieces from the Monopoly board game which is based on buying land and property from each other. The tiny hotels and houses are arranged inside the box in the form of South Africa’s seating structure inside Parliament. Next to the installation is a woven piece which depicts 74 bills under section 25 of the Constitution of South Africa. They are listed and open to debate for the amendment of legislation to achieve land expropriation without compensation. Halter highlights the post-Cold War economic concerns and political relationships in Africa. In the centre of the artwork’s composition is the wheelbarrow, which represents the construction work, mining and labour of people who work the land. Their will power and political ideology provide the balance of power required for a true democracy.