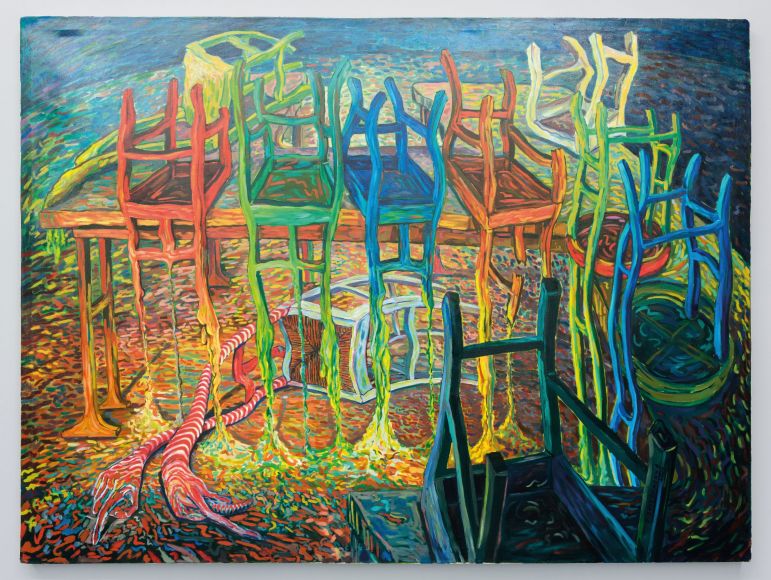 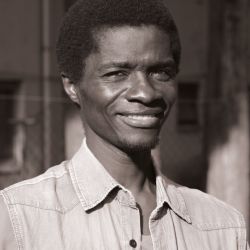 Cosmos Shiridzinomwa was born in Harare, Zimbabwe. In 1995 he obtained a National Diploma in Fine Art from the Harare Polytechnic, where he now lectures.

Using allegory and expressionist brushstrokes, what seem like everyday household objects—chairs, lamps, and closets—take on a profound meaning when viewed in light of socio-political events. Often painted from unusual perspectives, a lamp may become a beacon of transparency and truth; chairs, like thrones, are used to symbolise persons and authority; a hospital ward can represent national crisis; while a closet suggests concealment or secrecy (think skeletons in the closet).

Shiridzinomwa’s approach to painting may be viewed as satirical. Through repetition, his collective body of work, which reaches back to the 90s, becomes one continuous narrative. They tell the Zimbabwean political story and narrate power struggles and moments of crises. However, they also depict seasons of hope and anticipation.

Shiridzinomwa has exhibited extensively in Zimbabwe and internationally. He has participated in over twenty exhibitions at Gallery Delta, Harare (including State of the Land in 2018). Other exhibitions include The International Print Exhibition (South Africa: 1999); Hage in Munich, (Germany: 2004); Another Perspective at Gallery 23 in Amsterdam (Netherlands: 2009); and Chronicles, a solo exhibition at the National Gallery of Zimbabwe, Harare (Zimbabwe: 2010).

Cosmos Shiridzinomwa works are featured in Zeitz MOCAA exhibition, Five Bhobh – Painting at the End of an Era (2018 – 2019). 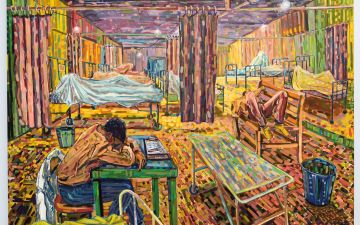 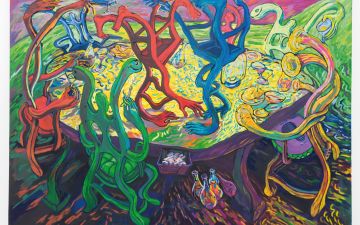 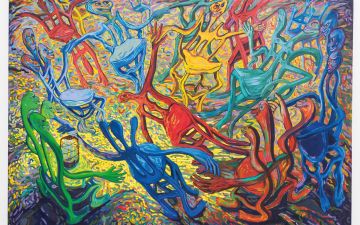 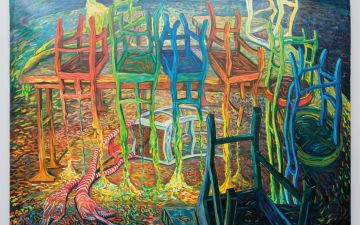