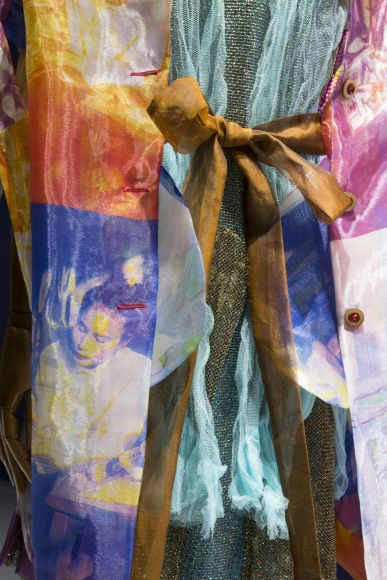 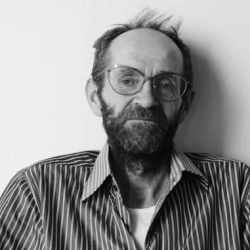 Clive Rundle disavows the title of fashion designer in favour of describing his garment-making as a design-dream process that culminates in intricate structures, a kind of intelligence that harmoniously integrates multi-cultural impressions.

I happen to compose in fabric while cutting structure. The model carrying it is integral to the composition … so is the atmosphere. It is a trick of the eye, a way of seeing something imaginary.

After starting his career supplying iconic local and international fashion brand boutique Wizards in 1983, Rundle opened his eponymous store in 1988 and showed his first collection at the Collections Printemps-Été 1989 at the Cour Vitrée, Paris.

In 2010 he participated in the Africa International Arise L’Afrique-à-Porté Autumn Show in Paris and presented a paper at the 4th International Conference on Design Principles and Practice in Chicago, titled, Dividuality – An Ethnography of the Dress. In 2011 he showed his One Pattern Piece, One Week, One Fabric, One Collection at the addictlab in Brussels and was the subject of the exhibition, Clive Rundle – About Memory at the Afronovo Gallery where the movie Dust to Dust, for which he did the costumes, was screened in Johannesburg. He was also featured in Fast Forward Fashion by Nathalie Grolimund. In 2013, Rundle and his entire studio participated in a three-month immersion programme hosted by Anne Chapelle, CEO of BVBA 32 (Atelier Ann Demeulemeester) in Antwerp followed by a show with BVBA 32.

He represented South Africa in Global Fashion Capitals at the Museum at FIT in New York in 2015 with a garment from his Rorschach Collection which subsequently became part of the museum’s permanent collection. A second piece from the Swan Collection was acquired in 2018. In the same year, he was invited to present a two-week design module, The Potential of a Slash, at the Fashion Design Department of Shih Chien University in Taiwan and also represented South Africa for the 2018 inaugural Commonwealth Fashion Exchange Design Exhibition held at Buckingham Palace, with a specially commissioned piece. The Brighton Museum and Art Gallery‘s Fashioning Africa Collection Department acquired three pieces from his Afridesia 2003 New York Collection.