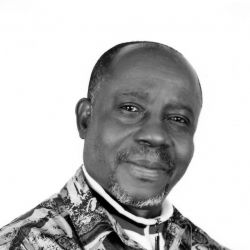 ChÃ©ri Samba was born the Democratic Republic of Congo. Currently living and working out of Kinshasa, Samba began his career as an artist without anyÂ formal education, starting out as a sign painter before joining MokÃ© and Bodo, along with his younger brother Cheik Ledy.Â Together they run one of the most popular schools of painting.

Samba’s paintings expose everyday life in the Democratic Republic of Congoâ€™s capital city, Kinshasa. Borrowing the use of word bubbles from comic-strip art, Samba was able to further develop his use of narrative through the combination of paint and text.

In 1979 Samba participated in the exhibition Moderne Kunst aus Afrika, organised in West Berlin as part of the first Horizonte-Festival der Weltkulturen. 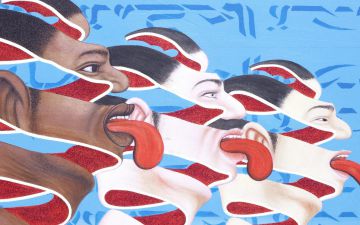