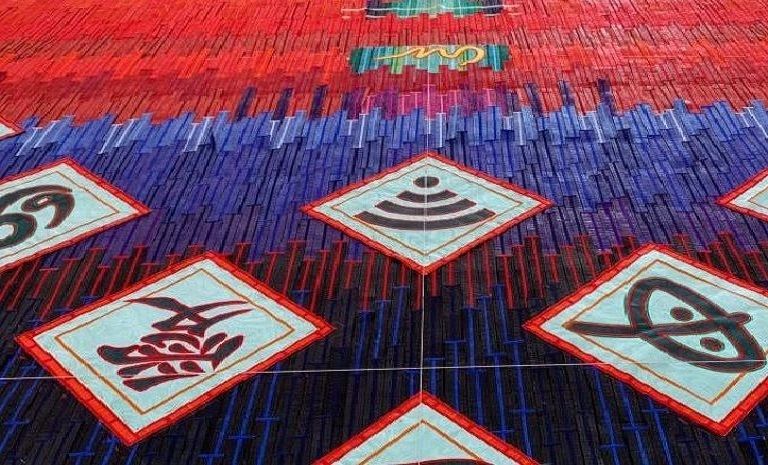 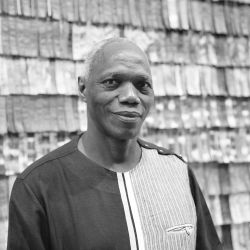 Work by Abdoulaye KonatÃ©Â primarily takes the form of textile-based installations that explore socio-political and environmental issues, as well as foregrounding his aesthetic concerns and formal language. KonatÃ© grapples with the way in which societies and individuals, both in Mali and beyond, have been affected by factors such as war, power struggles, religion, globalisation, ecological shifts, and the AIDS epidemic. Â

Employing material native to Mali, namely woven and dyed cloths, the artist creates large-scale abstract and figurative compositions. KonatÃ© references West-African practices of using textiles as a means of commemoration and communication, whilst balancing global political and social reflections with a reference to his own local and cultural history.Â Â

Abdoulaye KonatÃ© was selected to participate in the 13th Havana Biennial in 2019 and previously participated in Viva Arte Viva, the central exhibition in the 2017 edition of La Biennale di Venezia, curated by Christine Macel, chief curator of the Centre Pompidou in Paris. The artist lives and works in Bamako, Mali and he is the Founding General Director of the Conservatoire des Arts et MÃ©tiers MultimÃ©dia Balla FassekÃ© KouyatÃ© in Bamako.