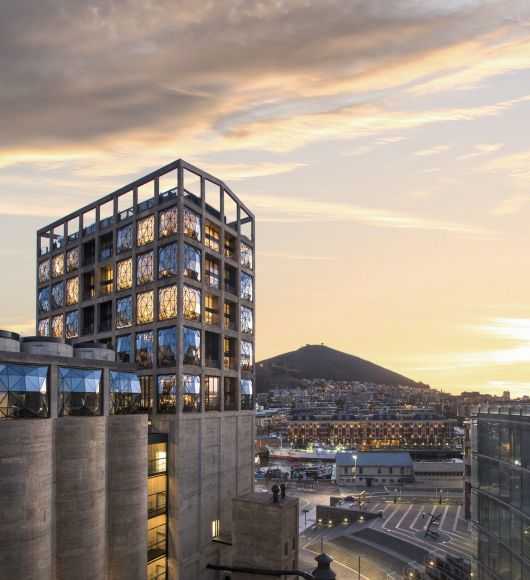 As Zeitz Museum of Contemporary Art Africa (Zeitz MOCAA) enters its first anniversary season, we have much to look forward to in the year ahead. The museum’s opening captured the imagination of the global art community, and we remain committed to building a sustainable future, while engaging wider South African, continental African and international audiences.

We are delighted to have welcomed over 350 000 visitors to the museum in our inaugural year. 100 000 of these visitors were complimentary entrants as part of our “Access for All” initiative, underscoring our commitment to accessibility, specifically targeting student and educational groups. This record number of inaugural year visitors positions Zeitz MOCAA as the most highly attended art museum on the African continent.

We have been honoured to be the recipient of a number of awards and recognitions this year, including winning the Cultural Architecture category in the ArchDaily Building of the Year Awards; the Best New Public Building in the Wallpaper* Design Awards; and being named as one of TIME magazine’s 100 World’s Greatest Places of 2018 just last week.

We continue to work with external partners to ensure world-class professional talent acquisition for the museum, as well as to drive good governance across the institution. Most recently, we have expanded our team with the appointment of three new directors to head our Curatorial, Institutional Advancement and Operational departments:

Curatorial: Azu Nwagbogu has stepped in as the Acting Chief Curator, heading up the Curatorial Team. He has 20 years’ experience of curating private collections for various prominent individuals and corporate organisations in Africa. He has also served as the Founder and Director of African Arts Foundation and of the Lagos Photo Festival.

Institutional Advancement: Brooke Minto has been appointed the Director of Institutional Advancement, a department that oversees communications, publications, patron and member relations. She comes with a wealth of international experience, having previously served as Chief Advancement Officer at the New Museum of Contemporary Art in New York, Deputy Director for Development and External Affairs at the New Orleans Museum of Art in Louisiana, and Director of Development at Pérez Art Museum Miami.

Operations: Michael Farquhar is serving as Acting Director of Operations, overseeing the operations and day-to-day management of the museum. He also serves as the CEO of the Two Oceans Aquarium at the V&A Waterfront and brings over 20 years’ experience in managing the operations of a world-class attraction.

The team has also been further strengthened by the appointment of several senior managers and heads of departments, including Liesl Hartmann as Head of Education, to lead audience engagement programmes; Erica De Greef as Senior Curator: Fashion, to oversee the launch and roll out of the Costume Institute; Linda Pyke as Head of Patrons; and Emma King as Interim Head of Marketing and Communications in the Institutional Advancement department.

We have a series of exciting events, exhibitions and public programmes that will take place in September as part of our anniversary celebrations.

Notably, these programmes will include the opening of a major exhibition featuring 29 artists from Zimbabwe, entitled Five Bhobh: Painting at the End of an Era; and the last chance to see Now and Then, an exhibition which features a Baroque-era Italian masterpiece by Guercino, in conversation with a contemporary work by Kudzanai Chiurai.

The Heritage Day long weekend will see celebrations around our actual birthday (Saturday 22 September), with free entrance on Monday 24 September and a number of events and performances that will be running throughout the Silo District. Thursday 27 September will also see the museum participating in the popular Museum Night initiative organised by the V&A Waterfront.

On Saturday 8 September, the museum will host a public Art Talk presented in partnership with BMW, featuring three artists from the Five Bhobh: Painting at the End of an Era exhibition; on Monday 24 September, the Museum’s Centre for Art Education will host a children’s puppet workshop entitled Flying Fables and Magical Myths; and on Saturday 28 September, we will celebrate the launch of our fashion programme with the first screening in our “Fashion Films” series, exploring the notion of play and found objects.

In October, following the first anniversary events, we will announce our schedule of exhibitions and programmes for the year to come.

Since September 2017, the museum has pursued numerous programmes guided by our mission to advance, promote and preserve arts and culture from Africa and its Diaspora; to provide economically viable access to a core collection of art to the public; to operate appropriate schools’ programmes to enrich, inspire and bring art and culture to school children; and to be seen as giving back to Africa and telling the African history through art and culture.

We are confident in our vision to become a contemporary art museum that represents our times, one that participates in and leads global discourse, one that grows in relevance, and one that is a leading voice in the international art world. We very much hope you will join us on the next part of our journey.

+27 (0)87 3504777
We use cookies on our website to give you the most relevant experience by remembering your preferences and repeat visits. By clicking “Accept All”, you consent to the use of ALL the cookies. However, you may visit "Cookie Settings" to provide a controlled consent.
Cookie SettingsAccept AllRead More
Manage consent