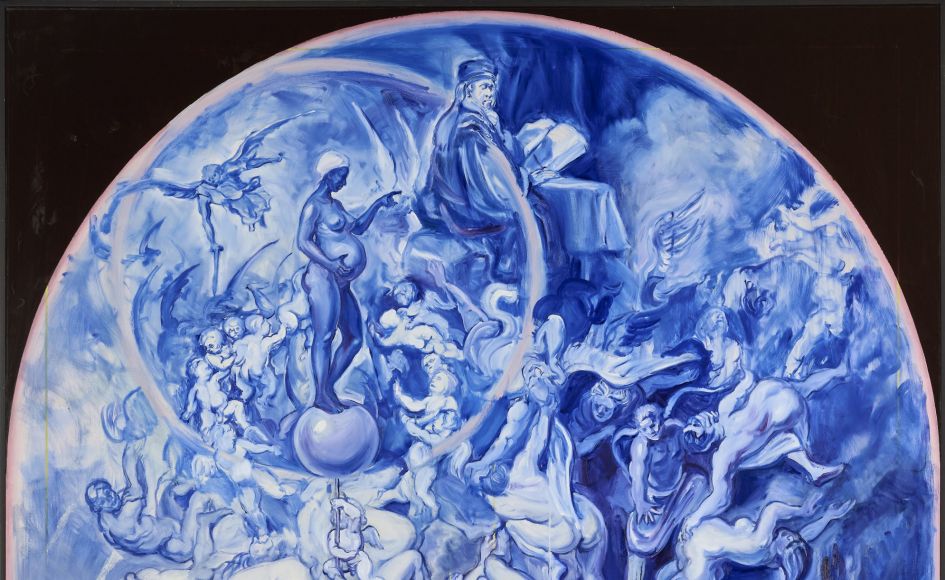 â—The exhibition forms part of Zeitz MOCAAâ€™s ongoing series of in-depth, research-based solo exhibitions that bring into focus and contextualises the practice of important African artists The exhibition will run from 28 October 2021 to 29 May 2022

â—The exhibition forms part of Zeitz MOCAAâ€™s ongoing series of in-depth, research-based solo exhibitions that bring into focus and contextualises the practice of important African artists The exhibition will run from 28 October 2021 to 29 May 2022

(Cape Town, 18 October 2021): Today, the Zeitz Museum of Contemporary Art Africa (Zeitz MOCAA) announces a new exhibition by South African painter Johannes Phokela. The exhibition, titled Only Sun in the Sky Knows How I Feel â€“ (A Lucid Dream), marks nearly a decade since Phokelaâ€™s last institutional show and includes a select survey of his oeuvre from the last three decades. The exhibition also includes new large-scale works produced for the exhibition, and an installation of archival material encompassing books, letters, photographs, visual references and drawings that provide insight into the artistâ€™s process and practice.

Organised around Phokelaâ€™s obsessive engagement with pictures, the exhibition posits the artist as a painter of significance in both an African and international context. His concerns with pictorial traditions and images are used as tools to explore and critique social mores and corrupt value systems in the aftermath of empire.

â€œPhokelaâ€™s vision is of a world history drenched in the spoils of violence,â€ explains Senior Curator Storm Janse van Rensburg, who co-curated the exhibition alongside the museumâ€™s Executive Director and Chief Curator Koyo Kouoh, with assistance by Curatorial Assistant Beata America. â€œHis sardonic and, at times, nihilistic take on current affairs and the state of things holds a mirror up to us. Despite lushly painted surfaces and allegory, Phokelaâ€™s medium is not the message; his painting is a subversive tool in an intellectually rigorous practice that provokes the viewer.â€

Raised in Soweto during the Seventies and Eighties, Phokela pursued further studies in London from 1987, culminating in a masterâ€™s degree from the Royal College of Art in 1993. He has since established an illustrious career punctuated by major exhibitions, awards and residencies to critical acclaim.

Adds Kouoh: â€œIt is an important moment for us to consider Johannes Phokelaâ€™s decades-long contribution to the artistic vocabulary of the continent. His searing, visual talent makes palpable the contradictions and ironies of our moment.

â€œWe celebrate Phokela and his unrelenting commitment and intellectual engagement with his subject matter. He inscribes our history into the timeline of the world in an uncompromising manner.â€

To support this celebration, Zeitz MOCAA will also be hosting a public opening from 6 pm to 8 pm on Thursday, 28 October. The public event will be limited to 100 visitors and all COVID-19 protocols will be in place. Tickets can be booked via Webtickets here. Welcome drinks will be served on arrival and visitors will have the opportunity to view Phokelaâ€™s work during this time.

Johannes Phokelaâ€™s Only Sun in the Sky Knows How I Feel â€“ (A Lucid Dream) will open on Thursday, 28 October on Level 1, Zeitz MOCAA.

Johannes Phokela (b. 1966, Soweto) is a South African artist currently living and working in Johannesburg. Phokela began his formal art career in 1984 at the Federated Union of Black Artists (FUBA) Academy in Johannesburg, where he obtained a three-year diploma. In 1987, he relocated to London, where he completed a year-long foundation course at Central St. Martins: University of the Arts London before acquiring a bachelorâ€™s degree at Camberwell College of Art: University of the Arts London (1988). He then completed a masterâ€™s degree at the Royal College of Art (1993) and remained in London until his permanent return to South Africa in 2006.

Phokela has established a distinguished career both locally and internationally. He played an advisory role in establishing The Bag Factory, Johannesburg (1990) and was awarded the prestigious year-long residency at Delfina Studio Trust, London (1993). He was also one of the founding members of the Gasworks Studios, London (1994 â€“ 2005), producing studio work as well as participating in the International Residency Programme. This inspired him to do volunteer work for The United Nations Educational, Scientific and Cultural Organization (UNESCO) in 1995 and led to his participation in a residency programme in Senegal through the British Council (1997). He is also a recipient of the Decibel Award from the Arts Council of England (2004).

Issued by Chimera Creative on behalf of Zeitz MOCAA.

Please find imagery for Only Sun in the Sky Knows How I Feel â€“ (A Lucid Dream) here. For media enquiries, contact Zainab Slemang van Rijmenant at zainab@chimeracreative.co.za.

Zeitz Museum of Contemporary Art Africa (Zeitz MOCAA) is a public not-for-profit institution that collects, preserves, researches and exhibits contemporary art from Africa and its diaspora; conceives and hosts international exhibitions; develops supporting educational, discursive and enrichment programmes; encourages intercultural understanding; and strives towards access for all. The museumâ€™s galleries feature rotating temporary exhibitions with a dedicated space for the permanent collection. The institution also includes the Centre for Art Education, the Centre for the Moving Image and The Atelier, a museum residency project space for artists living and working in Cape Town.

Zeitz MOCAA is situated at the Silo District, South Arm Road,  V&A Waterfront in Cape Town, South Africa, and is open Thursday through Sunday, 10 am to 6 pm. zeitzmocaa.museum 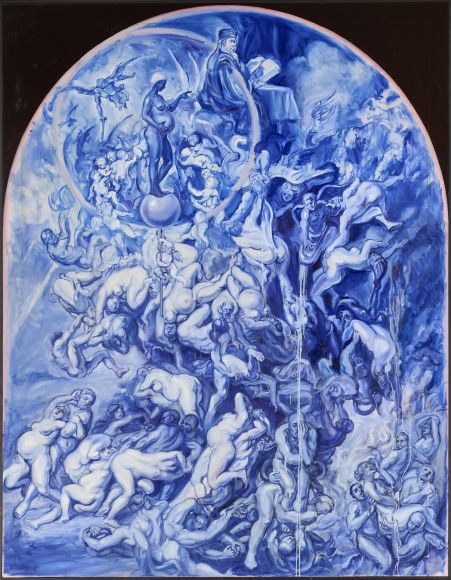 View Gallery
We use cookies on our website to give you the most relevant experience by remembering your preferences and repeat visits. By clicking “Accept All”, you consent to the use of ALL the cookies. However, you may visit "Cookie Settings" to provide a controlled consent.
Cookie SettingsAccept All
Manage consent