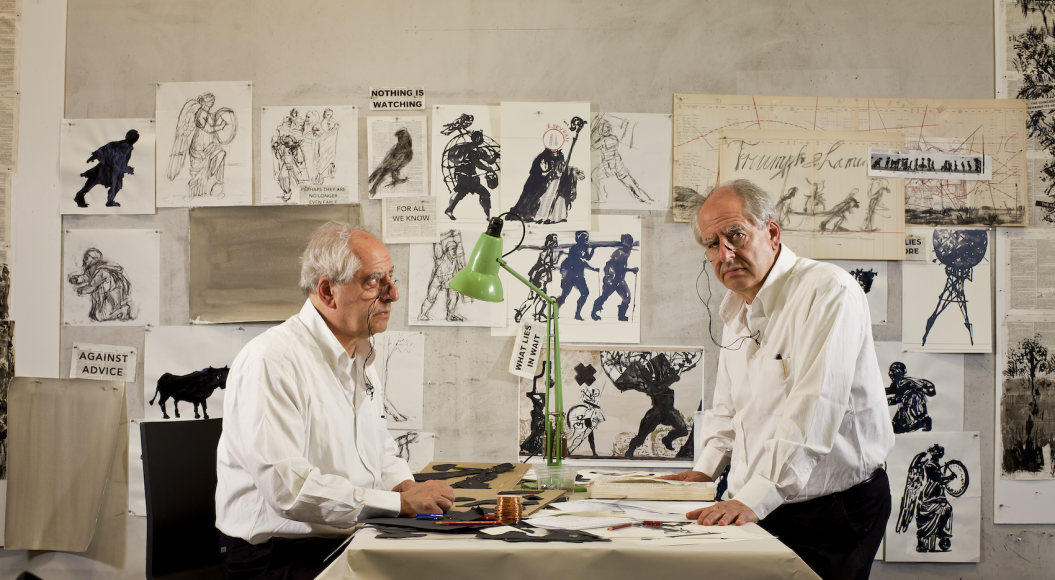 Cape Town, 6 May 2019: The largest exhibition to be held in Africa in over a decade by internationally acclaimed artist William Kentridge is set to open in Cape Town in August. The major exhibition of his work will be hosted simultaneously in two parts by the Zeitz Museum of Contemporary Art Africa (Zeitz MOCAA) and Norval Foundation, opening 24 August and running through to March 2020.

Local art enthusiasts and international visitors to Cape Town – a fast-growing cultural capital – will gain access to many different works, executed over decades, by William Kentridge in two of the city’s leading art institutions at the same time, with the artist’s Why Should I Hesitate: Putting Drawings To Work on display at Zeitz MOCAA and Why Should I Hesitate: Sculpture on view at Norval Foundation.

Why Should I Hesitate: Putting Drawings To Work, will be staged at Zeitz MOCAA and will offer a wide survey of Kentridge’s work, including early works, as well as newer pieces on view for the first time in South Africa. It will cover over 40 years of artistic production (1976 – 2019) in drawing, stop-frame animation, video, prints, sculpture, tapestry, and large-scale installation. The title references Kentridge’s primary practice of drawing, and how this core activity informs and enables his studio practice. It also references the impact of individual action on history and the reverse – how history shapes the contemporary and the future – and works as a commentary on various shifting hegemonies of power politics, economies, language and the authority to narrate history.

“This large scale survey exhibition prompts us to consider how various artistic media, initiated from two-dimensional works on paper, can be seeds through which Kentridge has developed his concerns for history, particularly in relation to his home continent, Africa, and its historical ties further afield. By mapping these histories we consider the artist’s relationship to the world and ideas of self-actualisation, and the illusions of power and progress through a violent history. Kentridge’s work, while ambiguous, does not hide from its inherent traumatic history. It is an honour for me to work with one of the living masters of our time,” says Azu Nwagbogu, curator of the exhibition at Zeitz MOCAA.

“As I begin my tenure, it is an intense joy to host an unprecedented survey show of one of the great masters of contemporary visual political poetry,” says Koyo Kouoh, Executive Director and Chief Curator at Zeitz MOCAA.

“Norval Foundation is presenting, for the first time, an exhibition focused solely on William Kentridge’s sculptural practice, working in conjunction with the artist and his studio. Kentridge’s sculptures embrace a spontaneous approach and have recently evolved towards the massive and the monumental. Simultaneously, and in tension to the monumental aspects of his practice, he is revealed to be a choreographer as much as a sculptor,” says Karel Nel, Senior Advising Curator at Norval Foundation.

“Norval Foundation is proud to be hosting Why Should I Hesitate: Sculpture. A key aspect of the Foundation is our commitment to exhibiting the sculptural and installation-based practices of a variety of artists, which is facilitated by our purpose-designed building. In particular, we invite artists and curators to respond to gallery eight, our largest gallery, with William Kentridge’s exhibition exemplifying this. The gallery has reinforced floors to support works that weigh as much as eight tons, and reach as high as nine metres. The monumental size of this gallery sits in an ideal contrast to the anti-monumental, spontaneous and theatrical sculptures that form part of this exhibition,” says Elana Brundyn, CEO, Norval Foundation.

A series of member events and public programmes will be held across both venues over the opening weekend, Saturday 24 and Sunday 25 August 2019.

William Kentridge is internationally acclaimed for his drawings, films, theatre and opera productions.

His practice is born out of a cross-fertilisation between mediums and genres and responds to the legacies of colonialism and apartheid. His aesthetics are drawn from the medium of film’s own history, from stop-motion animation to early special effects. Kentridge’s drawing, specifically the dynamism of an erased and redrawn mark, is an integral part of his expanded animation and filmmaking practice.

Kentridge’s work has been seen in museums and galleries around the world since the 1990s, including Documenta in Kassel, the Museum of Modern Art in New York, the Albertina Museum in Vienna, Musée du Louvre in Paris, Whitechapel Gallery in London, Louisiana Museum in Copenhagen and the Reina Sofia museum in Madrid.

Opera productions include Mozart’s The Magic Flute, Shostakovich’s The Nose, and Alban Berg’s Lulu, and have been seen at opera houses including the Metropolitan Opera in New York, La Scala in Milan, English National Opera in London, Opera de Lyon, Amsterdam opera, and others. Summer 2017 saw the premiere of Kentridge’s production of Berg’s Wozzeck for the Salzburg Festival. The Head & the Load, sometimes described as a processional opera (with original music by composers Philip Miller and Thuthuka Sibisi), opened to critical acclaim in London and New York in 2018.

Kentridge is the recipient of honorary doctorates from several universities including Yale and the University of London, and in 2012 he presented the Charles Eliot Norton Lectures at Harvard University. In 2010, he received the Kyoto Prize. In 2015 he was appointed an Honorary Academician of the Royal Academy in London. In 2017, he received the Princesa de Asturias Award for the arts, and in 2018, the Antonio Feltrinelli International Prize.

+27 79 695 6201
We use cookies on our website to give you the most relevant experience by remembering your preferences and repeat visits. By clicking “Accept All”, you consent to the use of ALL the cookies. However, you may visit "Cookie Settings" to provide a controlled consent.
Cookie SettingsAccept AllRead More
Manage consent