Koyo Kouoh brings two decades of experience as an international curator and cultural producer to her new role. As the founding Artistic Director of the thought-provoking RAW Material Company, a centre for art, knowledge and society in Dakar, she developed numerous art programmes and published widely on contemporary art. She has served as Curator of the Educational and Artistic Program of 1:54 Contemporary African Art Fair for eight consecutive editions in London and New York, as well as on the curatorial teams for Documenta 12 and 13.

Active in the critical field of the arts community in a Pan-African and international scope, Kouoh has a remarkable list of publications under her name, including the upcoming RAW AcadÃ©mie: A Matter of Knowledge, Word!Word?Word! Issa Samb and The Undecipherable FormÂ (2013) and Condition Report on Building Art Institutions in Africa, (2012) to name a few.

â€œKoyo is an outstanding leader and a passionate visionary who has an exemplary competence and extended network in all capacities of institutional operations with the arts in Africa and globally. She will be invaluable to Zeitz MOCAA in writing a progressive vision for the museum,â€ said Jochen Zeitz and David Green, Co-Founders and Co-Chairmen of Zeitz MOCAA.

â€œI have known and worked with Koyo for many years on projects related to the contemporary art of Africa and much more. I believe that she will be a huge contributor to the further development of Zeitz MOCAA as an institution, as her knowledge of the continentâ€™s contemporary players contributing to Africaâ€™s cultural history will help the museum with its core intentions of being a major voice in the field of visual culture. The Trustees have made a bold and daring choice that indicates the museumâ€™s ambitions,â€ said Gavin Jantjes, Chair of the Zeitz MOCAA Curatorial Advisory Group.

On her appointment, Kouoh said â€œI am thrilled to be joining Zeitz MOCAA in an executive and curatorial capacity at this crucial time in the museumâ€™s development. It is an unprecedented opportunity to create a strong home for the production, exhibition, discussion and collection of contemporary art in Africaâ€.

The Board of Trustees of Zeitz MOCAA wishes to thank Azu Nwagbogu for assuming the role of Acting Chief Curator in May 2018. Nwagbogu’s contributions to the museum’s exhibition programme and personal commitment to ensuring continuity during this period of transition have been greatly appreciated. Nwagbogu will continue in this role until May, working alongside Kouoh during the transition and handover period, and will continue to work closely with the institution going forward.

Koyo Kouoh founded RAW Material Company in Dakar in 2008 as an institution dedicated to art, knowledge and society. A centre for critical education, an art exhibition space, and home to a creative residency programme, it supports the work of African and international artists and curators in all contemporary art media.

In her independent curatorial practice, she has organized meaningful and timely exhibitions such as Body Talk: Feminism, Sexuality and the Body in the Works of Six African Women Artists, first shown at Wiels in Brussels in 2015. She curated Still (the) Barbarians, 37th EVA International – Irish Biennial in Limerick in 2016, and more recently she participated to the 57th Carnegie International in Pittsburgh with the deeply researched Dig Where You Stand (2018), a show within a show drawn from the collections of the Carnegie Museums of Art and Natural History. She was the initiator of the research project, Saving Bruce Lee: African and Arab Cinema in the era of Soviet Cultural Diplomacy, co-curated with Rasha Salti at Garage Museum of Contemporary Art in Moscow and Haus der Kulturen der Welt in Berlin (2015-2018).

Prior to founding RAW Material Company, Kouoh worked in cultural affairs with the Goethe Institut, the Goree Institute and later with the US Embassy in Senegal.

About the Zeitz Museum of Contemporary Art Africa (Zeitz MOCAA)Â

Zeitz MOCAA is a not-for-profit contemporary art museum that collects, preserves, researches and exhibits contemporary art from Africa and its diaspora; hosts international exhibitions; develops supporting educational and enrichment programmes; encourages intercultural understanding; and guarantees access to art for all.

Zeitz MOCAA was established through a partnership between the V&A Waterfront led by CEO David Greenâ€”acting on behalf of Growthpoint Properties Limited and the Government Employees Pension Fund (GEPF), represented by the Public Investment Corporation Limited (PIC)â€”and collector Jochen Zeitz. The building was reimagined through a design by the acclaimed London-based Heatherwick Studio.

In its first year of operation, Zeitz MOCAA welcomed over 350 000 visitors, 100 000 of whom were free admission as part of the museumâ€™s â€œAccess for Allâ€ initiatives. 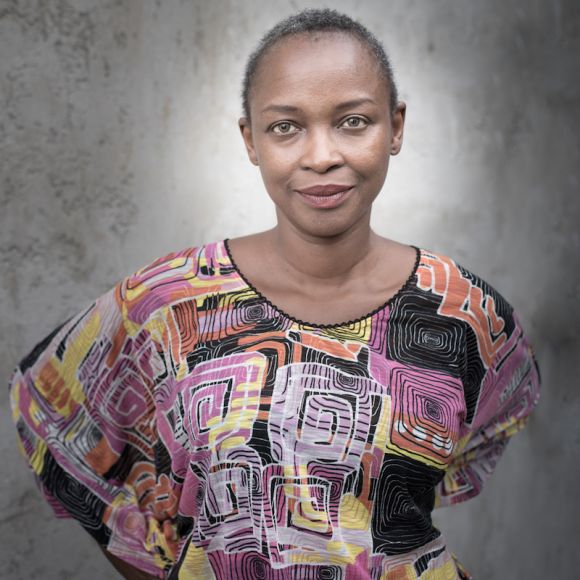 +27 (0) 79 695 6201
We use cookies on our website to give you the most relevant experience by remembering your preferences and repeat visits. By clicking “Accept All”, you consent to the use of ALL the cookies. However, you may visit "Cookie Settings" to provide a controlled consent.
Cookie SettingsAccept All
Manage consent