Home - Exhibitions and Events - ‘When We See Us’ Webinar Series — Creolization and Syncretism: To Whom Do ‘We’ Belong?

‘When We See Us’ Webinar Series — Creolization and Syncretism: To Whom Do ‘We’ Belong?

Following the successful public opening of the much-anticipated exhibition titled When We See Us: A Century of Black Figuration in Painting, the webinar series — a parallel discursive programme that provides a theoretical framing for the project — continues via Zoom.

This fifth webinar’s critical discussion is titled Creolization and Syncretism: To Whom Do ‘We’ Belong? and takes as its cue, a consideration of how concepts like creolization and syncretism have shaped much of the Black diaspora experience as well as those of transcultural societies on the continent. Can we speak of a divergence or difference in the politics of belonging encountered within Black diasporic communities across the globe?

Participating speakers for this session include Brazilian philosopher, artist and academic Denise Ferreira da Silva, PhD (Canada), and Angolan architect and curator Paula Nascimento. The conversation will be guided by socio-cultural anthropologist Dominique Somda, a Junior Research Fellow at the Institute for Humanities in Africa (HUMA) at the University of Cape Town (UCT, South Africa).

Conceived by Zeitz MOCAA in collaboration with the Institute for Humanities in Africa (HUMA) at the University of Cape Town (UCT), the When We See Us webinar series is part of a larger project that comprises a major exhibition of the same name as well as an extensive publication. When We See Us will attempt to unveil the deeper historic contexts and networks of a complex and underrepresented genealogy that stems from African and Black modernities and spans several generations from the early 20th century to the present. To watch previous episodes, please click here.

Cost: The series is free and takes place via Zoom. No registration is required. 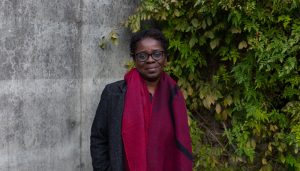 Paula Nascimento is an architect and independent curator with degrees from the Architectural Association School of Architecture and the LSB University in London. She collaborated with architecture studios in Oporto and London before founding Beyond Entropy Africa with Stefano Pansera, a research-based studio that operated in architecture-urbanism-visual arts and geopolitics and was active between 2011 and 2016. Nascimento has also been a consultant on various projects, including the Angola Pavilion for Expo Milano 2015 and Expo Dubai 2020, and often collaborates with different artist institutions and collectives, both on the African continent and internationally. Between 2012 and 2020, she was a founding and active member of Colectivo Pés Descalços, a Luanda-based multi-disciplinary collective that develops projects in the cultural field. Since 2019, Nascimento has been the curator of the African Galleries at Arco Lisbon. Currently, she is the Chair of the Artistic Committee at Nesr Art Foundation, a member of the Advisory Board of Hangar Center for Artistic Research, an Associate Curator of the VII Lubumbashi Biennale and a recipient of the 2022 Okwui Enwezor Fellowship Research Grant from the Independent Curators International (ICI). 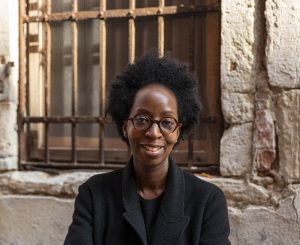 Dominique Somda is a Junior Research Fellow at the Institute for Humanities in Africa (HUMA) at the University of Cape Town (UCT). A socio-cultural anthropologist, she received a PhD in Anthropology from the University of Paris West Nanterre in France. She taught anthropology as a visiting professor at the University of Pennsylvania and Reed College (United States) and was a travelling faculty member with the study abroad programmes IHP Cities and IHP Human Rights. As a postdoctoral researcher, she held visiting positions at the Fondation des Maisons de Sciences de l’Homme in Paris and the London School of Economics. Her work focuses on how inequality — or conversely, egalitarianism — emerges through everyday practices, a thematic interest that has also led her to engage with the anthropology of slavery, democracy, Christianity, and feminist and post-colonial studies. Her regional focus is Africa and, more specifically, Madagascar and Benin. At HUMA, she explores the ethics of artificial intelligence (AI) and the digital transition in healthcare systems. 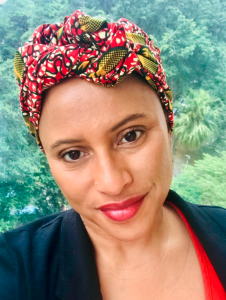