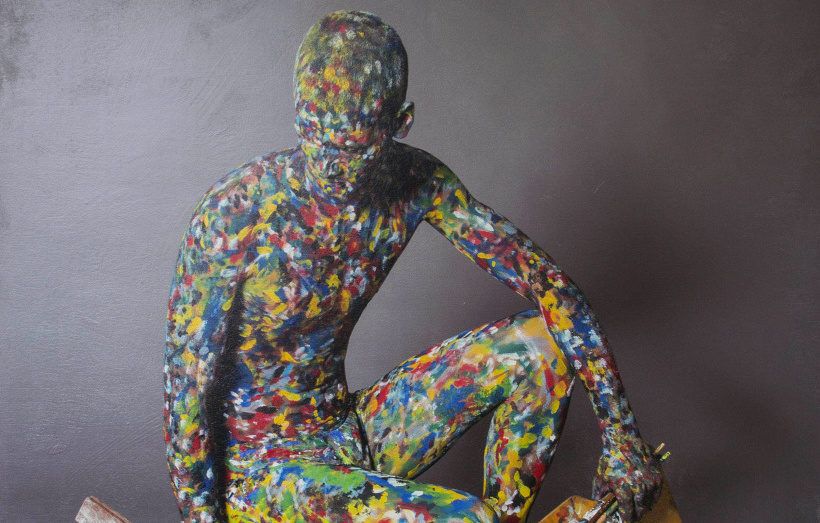 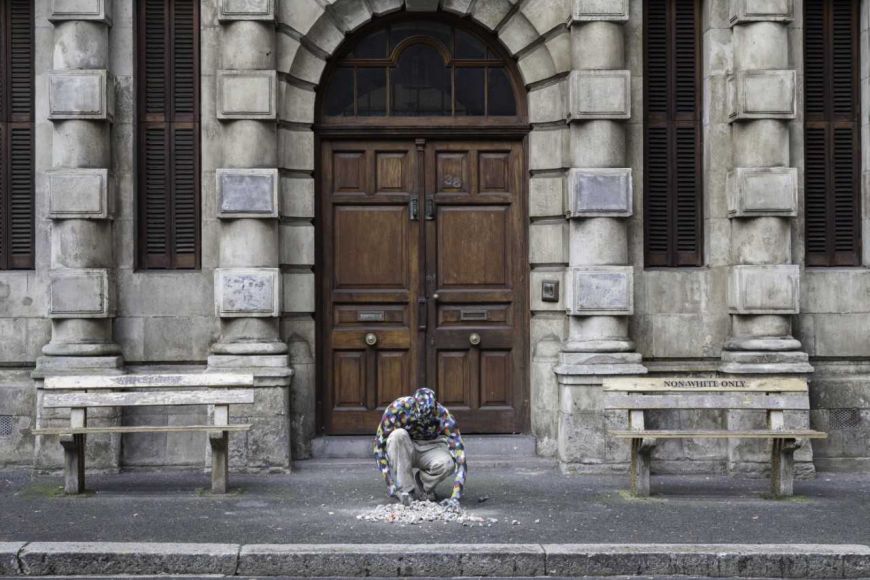 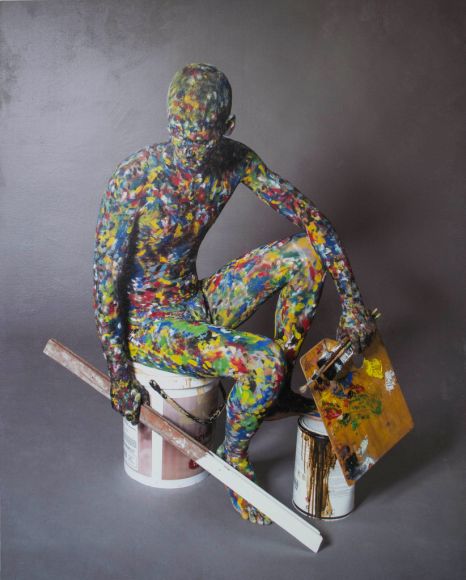 Performance by Rory Emmett – I Feel Most Coloured When… (2018)

Ahead of the opening of the exhibition, The Main Complaint, artist Rory Emmett will perform I Feel Most Coloured When I Am Thrown Up Against A Sharp Black And White Background (2018). The documentation of this performance will form part of the exhibition in the Centre for the Moving Image, opening on 7 November 2018.

Emmett comments, ” In this work, I attempt to grapple with the act of painting in its relation to constructions of space, knowledge, language and identity, as well as labour and its’ commodification (particularly within the context of Cape Town). This work seeks to further interrogate the privilege that makes one person’s work worth more than another person’s work or labour. I Feel Most Coloured… (2018), a site-specific performance, materializes in the act of writing/painting a wall at Zietz MOCAA as my constructed avatar character, The Cape Colourman. The phrase is a reference to a work by artist Glenn Ligon, who screen prints the line originally written in author Zora Neale Hurston’s, How It Feels To Be Colored Me (1928) repeatedly, even to the point of abstraction.”

“During the performance, Colourman writes the phrase I Feel Most Coloured… with charcoal (black) and chalk (white), repeatedly on a painted background. The character then proceeds to reduce stones painted in the primary colours of yellow, red and blue to a fine powder form. In mixing the powdered stones with water to achieve a chromatic grey ‘paint’, I attempt to distil the alchemy of pigmentation production, and in addition, the liminality of a malleable identity. In this process, I use Colouredness as a medium to make sense of systems of classification, and power as well as to deconstruct them.”

“The written text is painted over with the grey mixture to obliterate the phrase, whilst leaving remnants of it where more pressure was applied.”

Rory Emmett completed his BAFA at Michaelis School of Fine Art (UCT) in 2014. He majored in painting, and in his final year was awarded the Judy Steinberg Painting Prize. He was also the 2014 recipient of the Hoosein Mohamed Award and the Director and Staff Special Prize, in his final year. His work now forms part of one of UCT’s permanent collections, at the Centre for Curating the Archive (CCA), as well as a number of private and corporate collections. Emmett was a Top 5 Sasol New Signatures Merit Award winner for 2015 as well as an Sanlam Private Investment Portrait Award 2015 finalist. He has participated in a number of group shows including Greatest Hits: A Domestic Odysey & Claims to Land at the AVA (Cape Town: 2015); Movie Snaps: Cape Town Remembers Differently at the District Six Homecoming Centre Cape Town: 2015); New Monuments at Commune.1 (Cape Town: 2016); the Barcley’s L’Atelier 2016 regional selections exhibition, the 2017 and 2018 Cape Town Art Fair; DRESSCODE at Gallery MOMO (Cape Town: 2017); A Painting Today at Stevenson in 2017; Throughlines at Greatmore Studios in 2017, amongst others.

Emmett lives and works in Cape Town, where he held his first solo exhibition at the end of 2017 titled Concerning Alchemy at the AVA. Emmett’s most recent project was a group exhibition which he organized and curated at 99 Loop Gallery titled The Devil Loves When We Loathe Ourselves (2018).