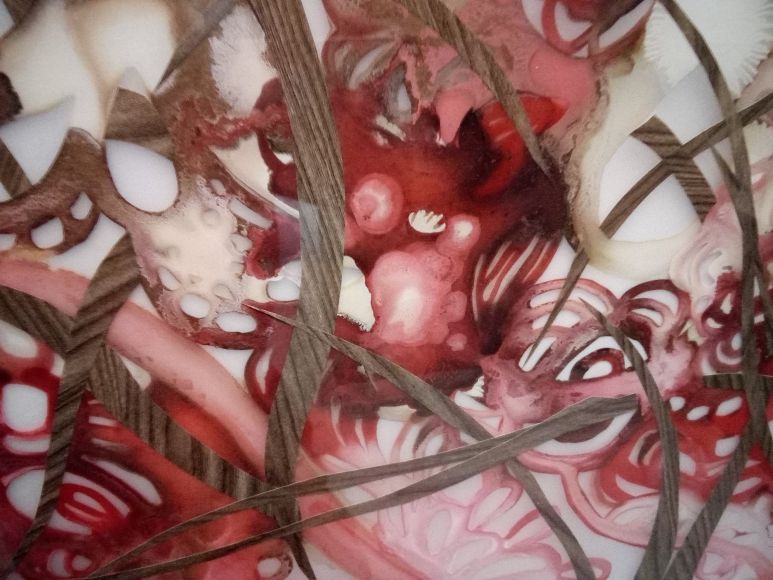 Approaching Wangechi Mutu’s work through the lyrical lens of Francine Simon and Megan Ross, winner of the 2017 Brittle Paper Award for Fiction, this event will explore the relationship between poetry and art.

The event follows the launch of Megan Ross’s Milk Fever (2018), the latest anthology of poetry to be published by uHlanga Press. In this extraordinary debut, Megan Ross writes the uneasy truths about unexpected motherhood and all its emotional detritus, deftly and experimentally navigating the angst, joy and self-reckoning that comes with the choices and misadventures of young womanhood.

Published a year earlier Francine Simon’s Thungachi blends ancestral Catholic mysticism and ancient folk Hinduism to create new and essential portraits of modern South African-Indian identity and womanhood. Unflinching and meditative, the collection tracks the journeys, migrations and maturations of peoples, families and the self, all the while deftly innovating with form, language and style.

This event is free and RSVP is required. Space is limited. Email Sven Christian on sven.christian@zeitzmocaa.museum to secure your place.

About Francine Simon:
Francine Simon was born in Durban in 1990 to Indian Catholic parents. Her poems have been published widely in South African literary journals, such as New Contrast, New Coin, Aerodrome and Type/Cast, as well as three volumes of the Sol Plaatje European Union Poetry Award Anthology. Currently, she is a PhD candidate in the English department of Stellenbosch University.

About Megan Ross:
Megan Ross, born in 1989, is a writer and poet from East London. She is the 2017 winner of the Brittle Paper Award for Fiction and an Iceland Writers Retreat alum. She was a runner-up for the 2016 Short Story Day Africa Prize and the 2017 National Arts Festival Short Sharp Stories Award. She lives near the Indian Ocean with her son and partner. Milk Fever is her first book.