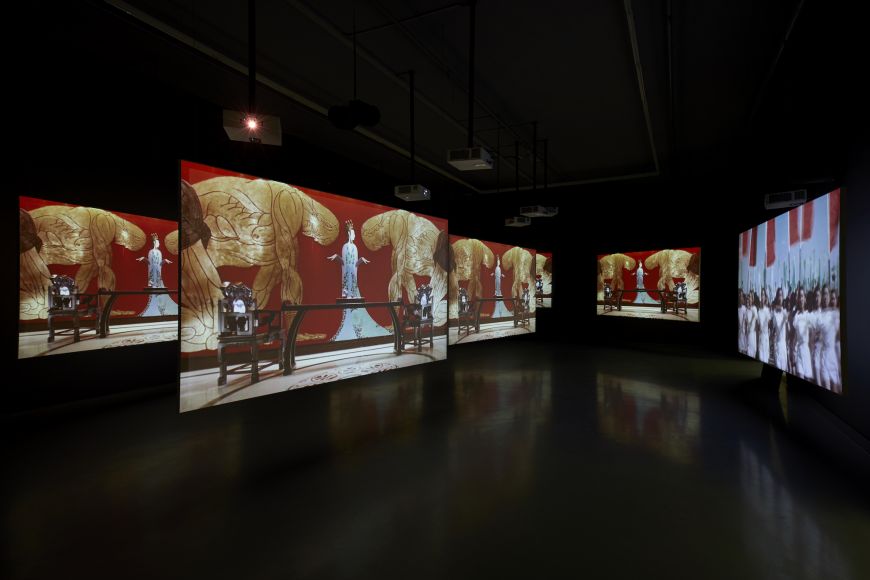 Home - Exhibitions and Events - Made in China: Globalisation, Seascapes and Theatricality

Made in China: Globalisation, Seascapes and Theatricality

Focusing on Isaac Julienâ€™s Ten Thousand Waves (2010) and William Kentridgeâ€™s More Sweetly Play the Dance (2017), this discussion with Sean Metzger (President of Performative Studies International) will explore some of the ways in which global flows of aesthetics, economics, and people are articulated and mediated differently across sites.

The focus of this discussion is drawn from Metzger’s upcoming book, The Chinese Atlantic: Seascapes and the Theatricality of Globalisation, which understands the concept of globalisation as a constructed worldview or theatrical phenomenon. Metzger’s approach makes reference to both of these artworks, and aims to unmoor globalisation from, for example, an emphasis on empirical findings grounded in the terrestrial.

This event is free but RSVP is required. Capacity limited to 120 people..Â RSVP: Email Sven Christian on sven.christian@zeitzmocaa.museum

About Sean Metzger:
Sean Metzger is the Associate Professor of Critical Studies, and the Vice Chair for Undergraduate Studies and Head of PhD Theater Program at the UCLA School of Theater, Film, and Television. He is also the President of Performance Studies International. Metzger works at the intersections of Asian American, Caribbean, Chinese, film, performance and sexuality studies. His first book, Chinese Looks: Fashion, Performance, Race, was published by Indiana University Press in 2014. In this book, Metzger shows how aesthetics, gender, politics, economics and race are interwoven and argues that close examination of particular forms of dress can help us think anew about gender and modernity. Metzger has also co-edited three collections of essays: Embodying Asian/American Sexualities with Gina Masequesmay (Lexington, 2009); Futures of Chinese Cinema: Technologies and Temporalities in Chinese Screen Cultures with Olivia Khoo (Intellect, 2009); Race, Space, Place: The Making and Unmaking of Freedoms in the Atlantic World with Michaeline Crichlow (a special issue of Cultural Dynamics, Nov. 2009). A fourth volume of essays entitled,Â Islands, Images, Imaginaries co-edited with Francisco J. HernÃ¡ndez AdriÃ¡n and Michaeline Crichlow, was published as a special issue of the journal Third Text in 2014.

Metzger is currently a Framing the Global fellow with Indiana University and Indiana University Press for which he is working on a second book, tentatively called, The Chinese Atlantic: Seascapes and the Theatricality of Globalisation. This study examines site-specific performances and on-location shooting in the Caribbean and beyond where Chinese investments, fiscal and cultural, help us shift understandings of local and national cultures.

Prior to his arrival at the UCLA School of Theater, Film and Television, Metzger was the assistant professor of English, Theater studies, and Asian & Middle Eastern studies at Duke University. He was awarded the inaugural Fulbright Research Chair in North American Society and Culture at Concordia University (Montreal) and has also been adjunct faculty at Antioch University, Loyola Marymount University and the USC School of Dramatic Arts. In addition to his academic work, he spent three years in social services at the L.A. Gay & Lesbian Center and as an independent consultant to school districts and other non-profit institutions. He continues consulting work on an ad-hoc basis.