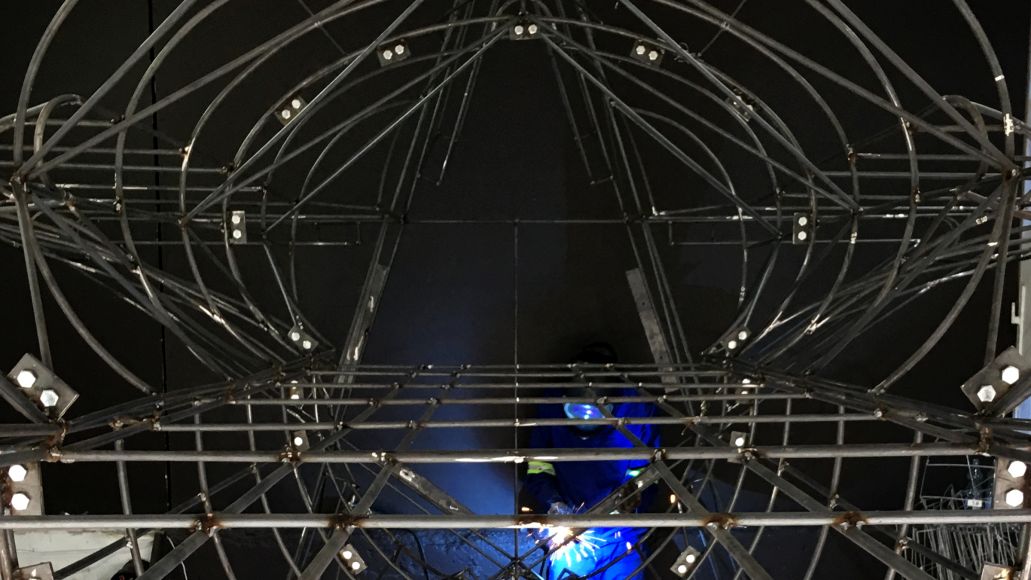 Still here tomorrow to high five you yesterday…’s ongoing exploration of the phenomenon of travel and migration through imagination and alternative realities leads us to explore the intersection between history, fiction and sound. Join us on First Friday for a Dub Lecture and DJ set which will complement the Dubship I – Black Starliner installation in the BMW Atrium.

An African Robots vs SPACECRAFT project, Dubship I – Black Starliner takes its name from the Black Star Line shipping company established by Jamaican political activist Marcus Garvey in 1919. Founded as a wholly black-owned and staffed shipping line, the eventual aim of the shipping company was about repatriating the descendants of African slaves from the Americas and the Caribbean back to Africa.

While it was short-lived, the Black Star line has resonated onwards through history. Some fifty years later in Kingston, Jamaica, the reggae singer Fred Locks wrote and recorded the song Black Star Liner (1976). The lyrics of the song describe “Seven miles of Black Star Liner, coming into Kingston harbour”.

Fred Lock’s track came with a B-side – a dub version of the song, with the lyrics removed, the bass and percussion emphasised, and early electronic effects used to create echo and delay and a feeling of spaciousness in the track. Dub emerged in late 1960s Jamaica through the advent of new technologies for manipulating sound, reproduced through huge sound systems at dancehall parties. It became one of the most influential popular music forms, influencing much electronic music today.

Dub also influenced imagination in other arenas – the iconic ‘cyberpunk’ novel by William Gibson, Neuromancer (1984), includes a spaceship called Zion crewed by Rastafarian former mine workers, “the irregular, discoloured plates” of its makeshift hull “laser-scrawled with Rastafarian symbols and the initials of welders”. ” The music that pulsed constantly through the cluster… was called dub, a sensuous mosaic cooked from vast libraries of digitalized pop; it was worship… and a sense of community”.

Imagery of space exploration appears on dub album covers and in song lyrics. The form has an intrinsic relationship to technology, emerging “as an example of how cold, alienating Western technology can be domesticated by those not intended as its users”, in the words of Jamaican writer and artist Louis Chude-Sokei. David Toop writes about dub as an early form of Virtual Reality, in the way that it creates imaginary aural spaces.

This sculpture, Black Starliner, featured in the exhibition Still here tomorrow to high five you yesterday… takes these elements to produce its own ‘version’ of an imagined spacecraft, a ‘Dubship’ operating not between the continents of Earth, but into space and between stars. It speaks of a desire for return or a new home which is both rooted in the African diasporic experience, and more universal – the desire for a refuge, a homeland; and transportation through technology.