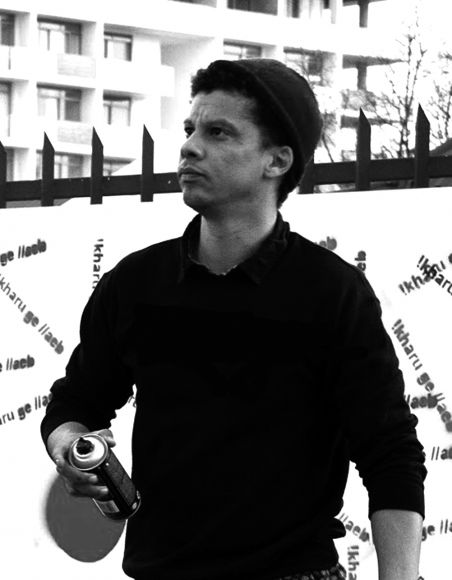 Home - Exhibitions and Events - Outside the Capital: An audio intervention by Jarrett James Erasmus

Outside the Capital: An audio intervention by Jarrett James Erasmus

This sound piece titled, Outside the Capital by South African artist Jarret James Erasmus is an intervention created for the exhibition, The Main Complaint situated in the Centre for The Moving Image on level 0. The Main Complaint exhibition reflects on Zeitz MOCAA’s presence and position and addresses the mission statement to guarantee access for all.

Erasmus’ sound piece was created specifically for Zeitz MOCAA and attempts to highlight the economies on the periphery of Cape Town.

The audio harbours a collection of soundscapes and field recordings taken around Cape Town’s Northern Suburbs, particularly in the trains on the Northern line commuting into the city. This line brings in the bulk of Cape Town’s labour force, people commuting in daily from as far as Wellington to work in the city. Sounds of mobile vendors on the train shouting out the prices of their products, and blind singers in the cars busking for change, offer a juxtaposition of the economic realities that exist in Cape Town, whilst navigating beneath the foundations of one of Cape Town’s new prestigious buildings, historically an industrial hub for the Cape’s grain economy.

Audio devices are available complimentary (with museum admission) from the AfriSam Audio desk near the reception desk on level 0. The audio stop is located in the tunnels on level -1.

Jarrett Erasmus is a former resident artist at Greatmore Artist’s Studios and a member of Burning Museum collective. He graduated with a BFA from Rhodes University (2011) and received the David Koloane award from the Bag Factory Artists Studios (2012). Erasmus has also completed a summer school course at Zurich University of the Arts (ZHdk) in 2016. He recently completed his Masters in Fine Art at the University of the Witwatersrand in 2017 where he currently lectures.

He works in various media, focusing on collaboration while thinking about post-apartheid realities and its effects on the social dynamics between communities in South Africa as well as the diaspora.

Erasmus has been invited for residencies at Nafasi Art Space in Dar es Salaam, Tanzania; Is’Art Galerie in Antananarivo, Madagascar; OpenLab in Richmond, South Africa; attended the Thupelo artist Workshops of which he is now a board member. Erasmus has presented his work at the Studio Museum in Harlem, New York in 2014. Participated in the African Art Forum in Venice, Italy.