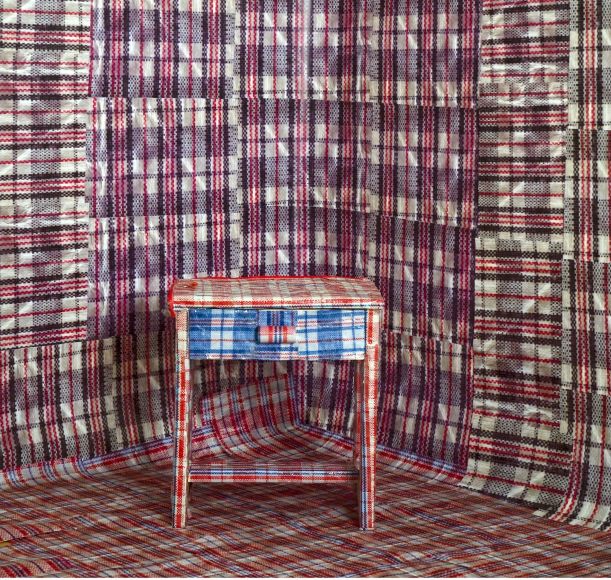 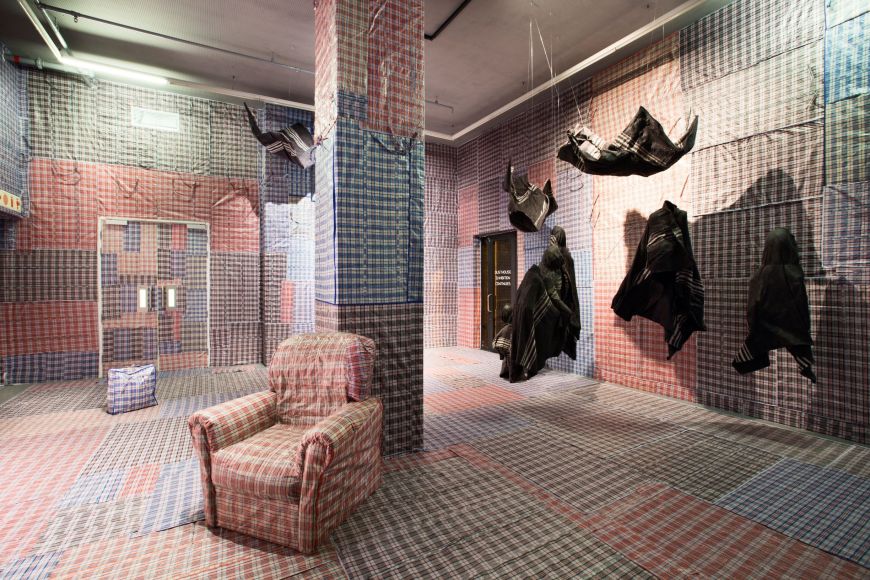 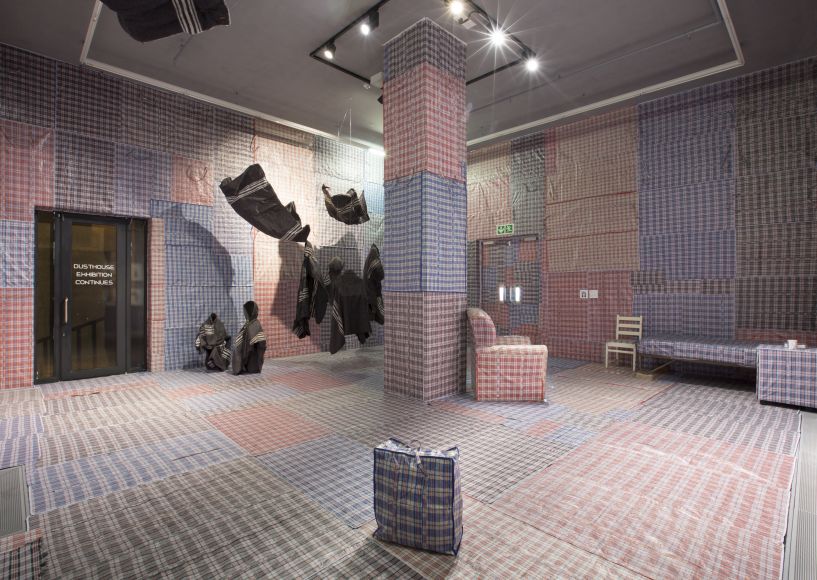 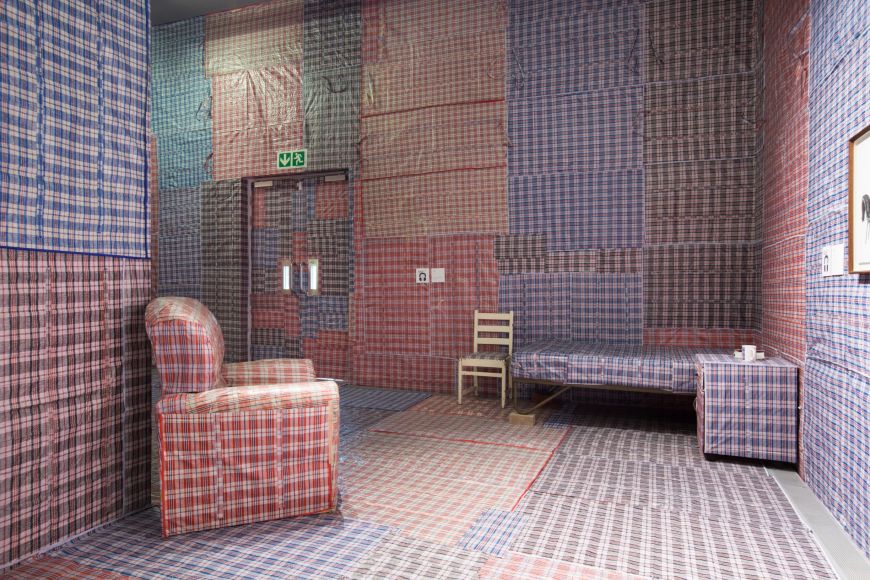 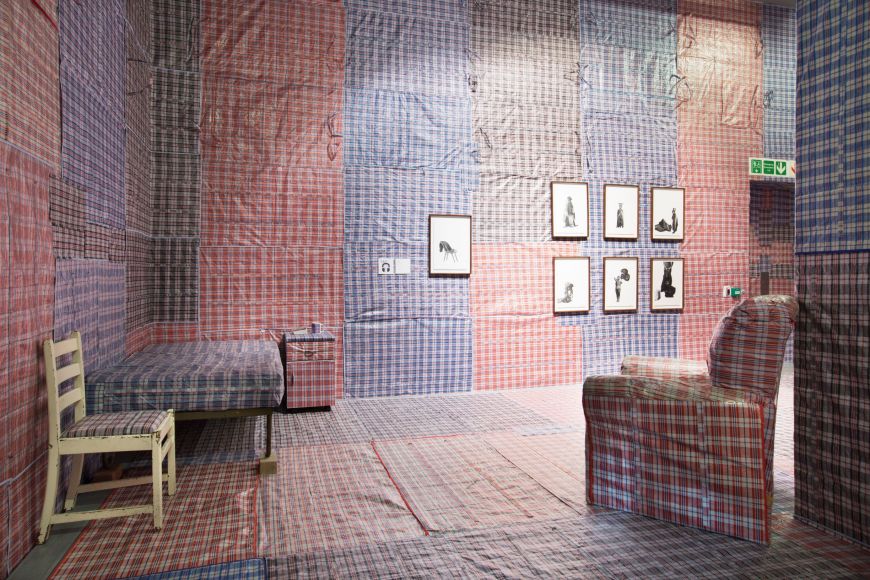 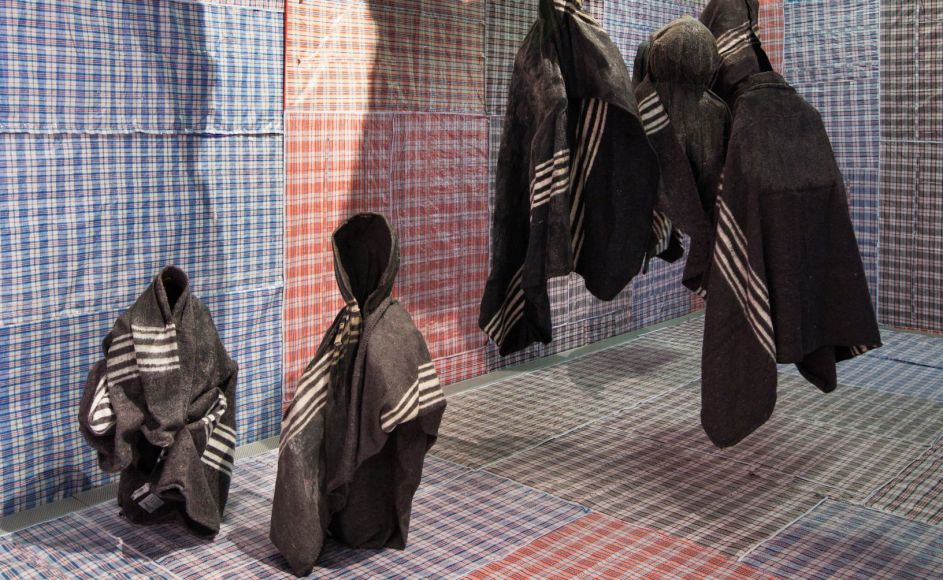 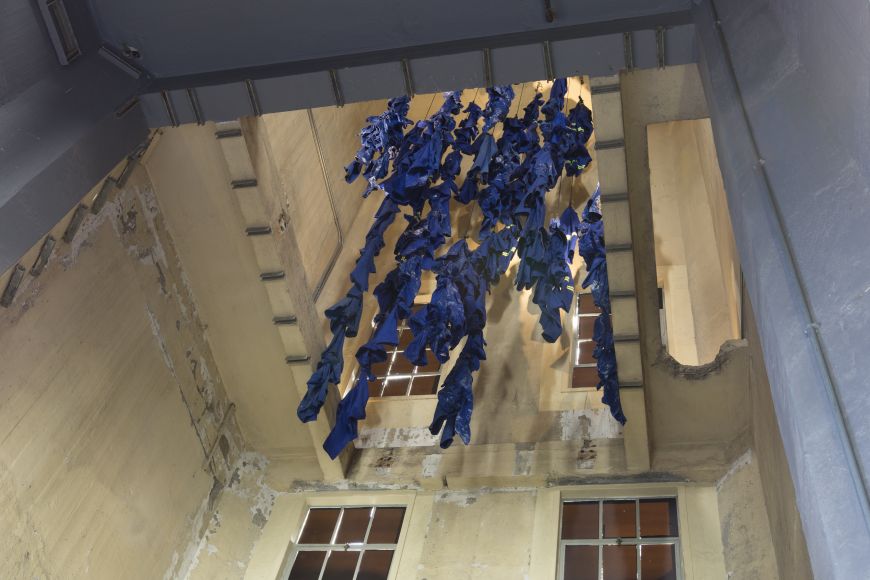 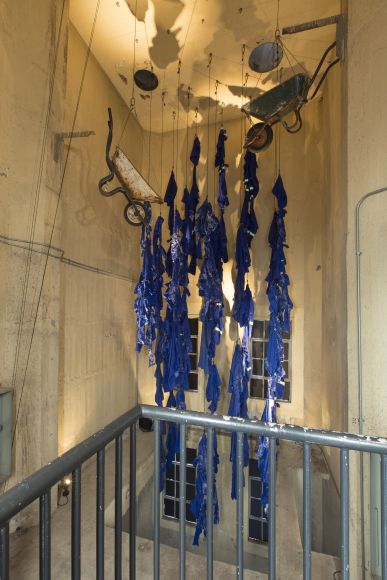 We make plans, but to what extent can we govern the future?

This exhibition is an autobiographical reflection of the Nobukho Nqaba‘s childhood home and upbringing. It highlights the precariousness of daily life within an informal settlement in Grabouw. Many people migrated to this community with bundled up ambitions and modest possessions all packed tightly into checkered plastic bags, commonly known as China bags. They moved in hope for better work; jobs that would eventually require them to dress in sweat-stained blue overalls.

The notion of home became associated with meagre living conditions, one or two pieces of furniture and few paraphernalia set in the room against the walls. The precarious walls were thin outlines or borders; they were temporary testimony of a family’s presence before they had to move again. Together with the objects they housed, they become a testimony of their existence.

The sudden announcement ‘Kuyatshaaa!’ (there is fire) was often followed by the routine dash to gather all the important documents and a sudden stampede as everyone fled to the community hall. Once there, families congregated in groups, each member was covered by a grey blanket. The blanket, an ashen cape, a temporary source of comfort, gifted by the governing authorities.

The exhibition’s Xhosa title, Izicwangciso Zezethu means we make plans. We may plan our lives, but we have no control of the outcome. It is a game of chance.

Read more about the artist and her artwork here.

Listen to our AfriSam Art Audio Tour for this exhibition below: