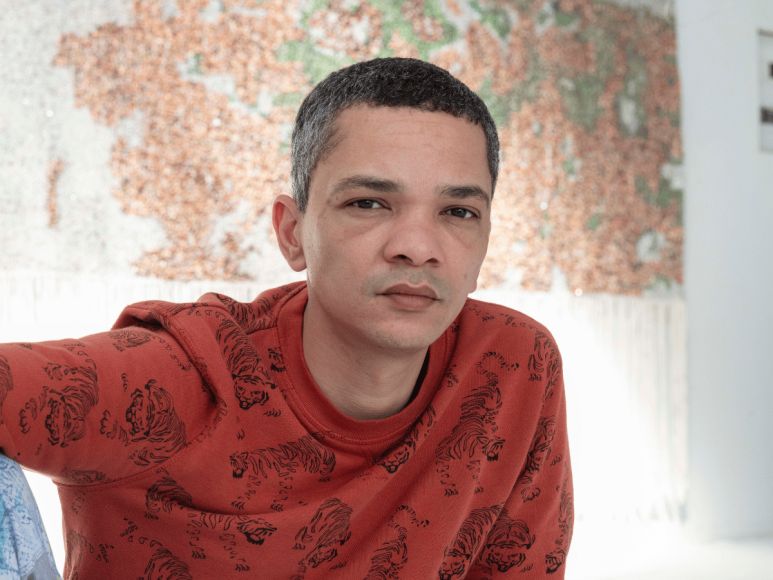 ‘Not Working (Working Title)’ is a studio residency by Igshaan Adams, part of Zeitz MOCAA’s ongoing Atelier program. Adams, who works collaboratively and communally to produce increasingly complex and large-scale works, will use the residency to reconsider the pathways and routes of his practice. A starting point for the artist’s intention during his period in the museum, is to re-evaluate his work that presents in different forms, and to re-look at, re-visit and re-work art works that never had the opportunity to be seen outside of the studio.

‘Not Working (Working Title)’ reflects the open and experimental nature of the Atelier that Adams and his studio team will work within over the next six months, as well as a reflection of the works that have been reconsidered and given a second life. As is the nature of most art production, the systems and modes of its making remain invisible, and Adams intends to use the Atelier as an opportunity to foreground the people, practices and networks that are so intricately part of his work. In addition to bringing back into the light projects that did not quite ‘work’ and that lingered in storage in his studio, Adams is setting out to also explore the movement and dance traditions of Namaqualand further, bringing performative aspects into his work.

Launched as an experimental platform and residency that provides Cape Town based artists with an opportunity to create new work, conduct research and develop ideas for future projects, the Atelier is a multi-gallery area situated on the museum’s second floor. In addition to providing an exploratory space for artists, the Atelier is also open to the public, allowing visitors to Zeitz MOCAA to have unique access and insight into the artists’ modes of production and processes.