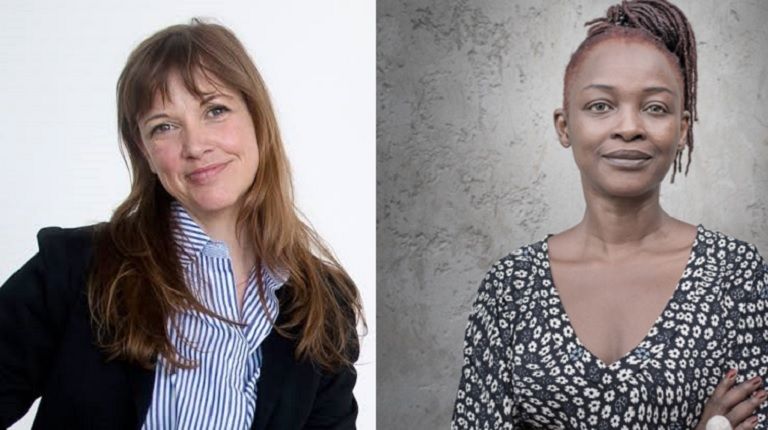 Home - Exhibitions and Events - Head to Head: A conversation between Kate Fowle and Koyo Kouoh

Head to Head: A conversation between Kate Fowle and Koyo Kouoh

Since Fowle’s previous tenures as the director of the Independent Curators International, New York and Garage, Moscow and Kouoh’s at Raw Academy, Dakar, they share a long-standing intellectual and emotional affinity. Their respective careers to date have centred on the creation of spaces for thinking and production, as well as a common belief in the potential of female institutional leadership and curatorial collaboration in their field.

ABOUT KATE FOWLE:
Kate Fowle is the director of MoMA PS1. She was appointed in 2019 after six years as the inaugural chief curator of the Garage Museum of Contemporary Art, Moscow, Russia, and director-at-large at Independent Curators International, New York. During her tenure at Garage, she oversaw the institution’s transition from art centre to internationally recognised, public-facing museum, establishing new infrastructure and developing departments of exhibitions, archives, education, public programmes, performance, publishing, research, development, and communications. Fowle also worked closely with Rem Koolhaas and OMA to oversee the design and opening of Garage’s first 56,000-square-foot Museum building in 2015.

Book your seat for the discussion here.

ABOUT KOYO KOUOH:
Koyo Kouoh is the Executive Director and Chief Curator at Zeitz Museum of Contemporary Art Africa (Zeitz MOCAA) since May 2019. Prior to this appointment, Kouoh was the founding Artistic Director of RAW Material Company, a centre for art, knowledge and society in Dakar since 2008. A centre for critical education, an art exhibition space, and home to a creative residency programme, it supports the work of African and international artists and curators in all contemporary art media.

In her independent curatorial practice, she has organised meaningful and timely exhibitions such as Body Talk: Feminism, Sexuality and the Body in the Works of Six African Women Artists, first shown at Wiels in Brussels in 2015. She curated Still (the) Barbarians, 37th EVA International, the Irish Biennial in Limerick in 2016, and more recently she participated in the 57th Carnegie International in Pittsburgh with the deeply researched Dig Where You Stand, 2018, a show within a show drawn from the collections of the Carnegie Museums of Art and Natural History.
She was the initiator of the research project Saving Bruce Lee: African and Arab Cinema in the era of Soviet Cultural Diplomacy, co-curated with Rasha Salti at Garage Museum of Contemporary Art in Moscow and Haus der Kulturen der Welt in Berlin, 2015-2018.

Active in the critical field of the arts community in a Pan-African and international scope, Kouoh has a remarkable list of publications under her name, including the upcoming “RAW Académie: A Matter of Knowledge,” “Word!Word?Word! Issa Samb and The Undecipherable Form” (2013) and “Condition Report on Building
Art Institutions in Africa”, (2012) to name a few.

She has served as Curator of the Educational and Artistic Programme of 1:54 Contemporary African Art Fair for eight consecutive editions in London and New York, as well as on the curatorial teams for Documenta 12 and 13.