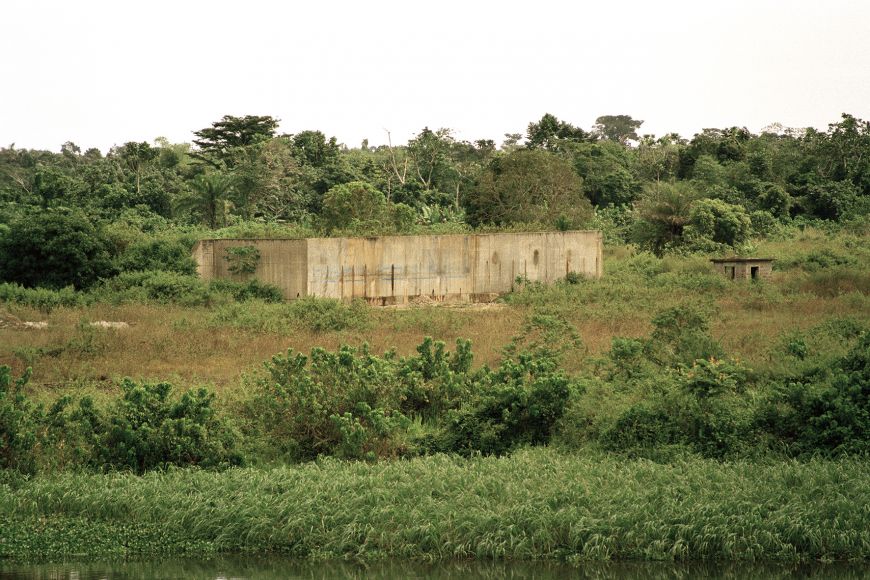 Artist and Curator in Conversation – Otobong Nkanga at Zeitz MOCAA

Join a conversation between artist Otobong Nkanga and Zeitz MOCAA Chief Curator Koyo Kouoh following the opening of her new exhibition Acts at the Crossroads. The discussion will explore Nkangaâ€™s interest in the politics of land, the earth as an extension of the body and the ways in which we interact with the environment.

There are a host of potential outcomes that present themselves at points of convergence. An agreement or understanding between two parties, a merger of ideas, thoughts, belief systems, cultures, histories and narratives. Connections become created, bonds are formed and solidified or broken. Differing ideologies are confronted, things are torn apart or brought together.

Nigerian-born, Belgium-based Otobong Nkangaâ€™s solo exhibition, Acts at the Crossroads, invites us to connect with ourselves and each other at these points of awareness and reflexivity.

Rather than present us with an instructive method of documentation and observation, Nkanga grounds her multidisciplinary work in a familiarity of the encounter between viewer, artist and object. She asks us to consider the earth as an extension of the physical human body, to understand that it too is undeniably alive. Exploring environmental damage and the politics of land, Nkangaâ€™s practice becomes a conduit, a voice for these raw, organic materials. Acts of labour, mining, commodification and trade have an impact on the earth that is also mirrored in the ways we treat the body.

The merging of natural and man-made materials provides us with a lens from which to understand cause and effect and the interconnected relationship between humanity and the environment. The ecological wounds that emerge from piercing the earth are echoed in elaborate installations and woven tapestries illustrating the body as a metaphor for these exchanges, which are often used as metaphors for larger cyclical complexities.

Nkangaâ€™s art across media cultivates an inner mysticism, an ephemeral connection that exists in direct conversation with the environment. Botanical materials become metaphors for spiritually, healing, ritual and rebirth. Conveying profound truths, Nkangaâ€™s use of text and language presents a poeticism that desires to seek and solidify connections with the world. Through drawing, painting, photography and video works, geological matter and decayed minerals are a reference to shifting landscapes, geographies, migration and displacement. Here the act of crossing becomes a transformative experience which begins internally and extends universally.

Movement within this meeting point is performative. It signifies a crossing over, an overcoming, a pact and various levels of exchange. Rituals of exchange resonate distinctly within the site of the landmark grain silos of Zeitz MOCAA. They amplify a confluence between the past, present and future and the cyclical nature of taking from the earth to nourish the body. The significance of transformation reverberates with the evolving museum, magnifying Nkangaâ€™s investigations into an awareness of the land being an extension of the physical body.

Nkangaâ€™s journey comes full circle as Zeitz MOCAA celebrates a significant survey of her work on the continent. The exhibition includes a selection of works from over the last two decades. Her far-reaching practice echoes a globalisation that suggests we bear a true and honest connection with each other that transcends the notion of borders and emphasises the shared human condition. She gives voice to a need to reconnect and rethink our relationship to the earth, both personally and globally.

To book your spot at the discussion, click here.