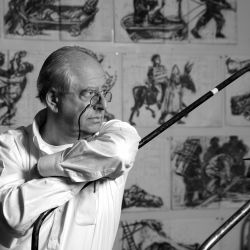 William Kentridge was born in Johannesburg, South Africa. Kentridge, who is celebrated internationally for his prints, animated films, drawings and theatre productions, continues to live and work in Johannesburg.

He holds a Bachelor of Arts degree in Politics and African Studies at the University of the Witwatersrand, together with a diploma in Fine Arts from the Johannesburg Art Foundation.Â  As a former aspiring actor, he also studied mime and theatre at the L’Ã‰cole the Internationale de ThÃ©Ã¢tre Jacques Lecoq in Paris. He was also awarded an Honorary Doctorate of Literature at the University of the Witwatersrand (2004).

Â Kentridgeâ€™s passion for social justice filters into the thematic concerns of his artistic practice.

The artist undergoes a self-reflective journey, tracing the effects of apartheid and colonialism in South Africa. His animated films are set in the exploited industrial and mining landscapes around Johannesburg. These locations symbolise a history of abuse and injustice.

The characters of his films are an autobiographical and fictionalised fusion that relate to his own narrative as a South African. Rendered in an expressive and gestural style in black charcoal and ink, Kentridgeâ€™s drawings undergo multiple erasures and additions to produce film stills. This palimpsest of gestural marks in each film still speaks of Kentridgeâ€™s interest in political art, as an art of ambiguity, contradiction and uncertainty. Furthermore, this successive drawing technique figuratively symbolises time, change, repression, and selective memory. Kentridgeâ€™s series of short films titled, 9 Drawings for Projection (1989- 2003) won him international acclaim.

Besides his hand-drawn animated films, Kentridge is also a theatre enthusiast. From 1975- 1991 he belonged to the Junction Avenue Theatre Company in Johannesburg and Soweto. He has collaborated numerous times with the Handspring Puppet Company, as a set designer, director, and actor. Kentridge has on several occasions been invited to act as a theatre director in opera, staging The Nose (Shostakovich), Metropolitan Opera, New York amongst others.

Kentridge has exhibited extensively both locally and internationally since the early 1990s. Some of his most notable solo exhibitions include William Kentridge: Five Themes at the Museum of Modern Art (2010), The Refusal of TimeÂ at the Metropolitan Museum of Art (New York: 2012) and most recently William Kentridge: Thick TimeÂ at the Whitechapel (London: 2016- 2017). His exhibition, Five Themes was listed in the 2009 Time 100, an annual list of the one hundred top people and events in the world.Â  He has also participated in numerous biennales such as Bienal de la Habana (Brazil), the Venice Biennale, the Sydney Biennale, Bienal do Mercosul (Porto Alegre) and the SÃ£o Paulo Biennial.

Kentridge has been the recipient of many prestigious awards, including the Standard Bank Young Artist Award (1987), a Carnegie Medal at Carnegie International (1999) and a Commandeur des Arts et des Lettres (2013).

William Kentridge’s multi-channel video installation, More Sweetly Play the Dance (2017) was featured in Zeitz MOCAA’s inaugural exhibition, All things being equal… (2017-19). His major exhibition, Why Should I Hesitate: Putting Drawings to Work opens at Zeitz MOCAA in August 2019. 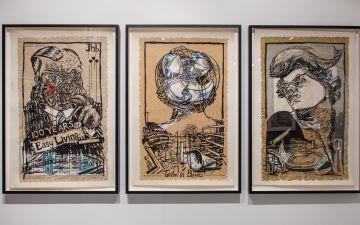 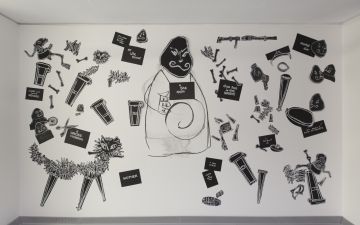 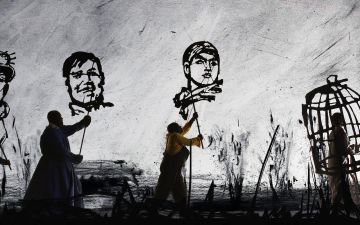