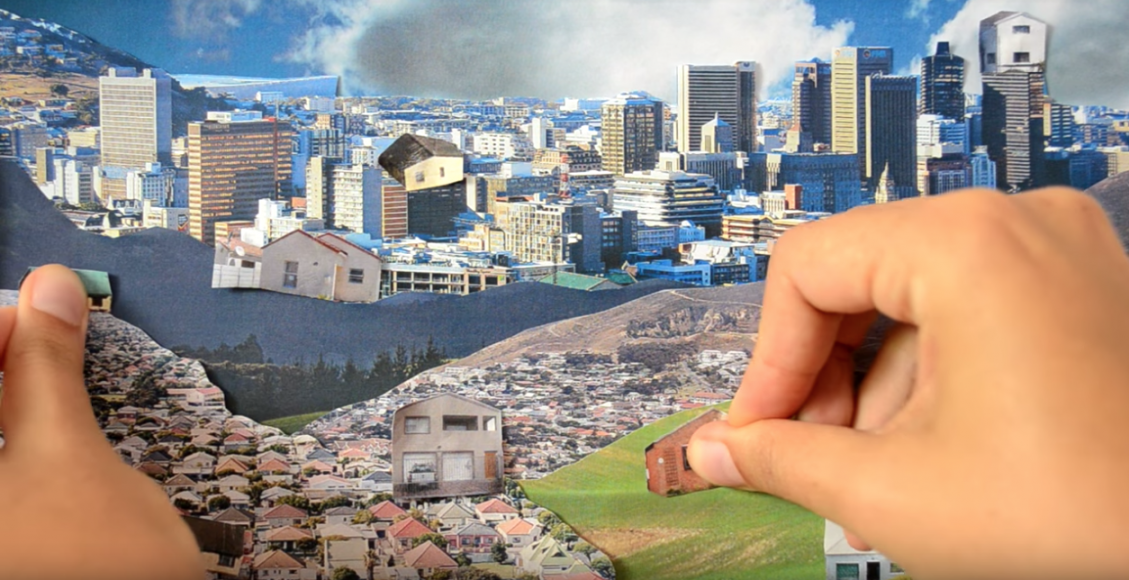 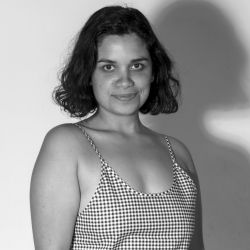 For her contribution to the exhibition, The Main Complaint, Stodel will “give the curators a chance to complain” by teaching them her method of storytelling which makes use of collage and video. “By using materials sourced by the curators and myself, I will get them each to tell a story in a scene using collaged pieces of paper and their hands. I will then curate the scenes for them, resulting in a collaborative story expressing their (joint) main complaint.”

The majority of her work has been exploring her experience of growing up constantly on the move. Stodel have moved over 34 times in 27 years, mainly around Cape Town. Her family was often evicted from their rented houses, and thus the home became a transient space of growth and trauma.

The medium of video allows for a story to be told and encourages the exploration of a more fluid visual language. While she films, Stodel captures her hands moving as she arranges elements in front of the camera. This gesture personalises the space and references her feelings, experience and memories of the many places in which I have lived.

Stodel holds memories of these many spaces and homes but more prominent are the desires she and her sisters had for an ideal home. One with a white picket fence, with grass that always seemed greener. As the years went by they realised that the ideal home was something that did not exist. Nevertheless, the dream of this ideal home created a feeling which was simultaneously comfortable and clouded with a distressing reality. Evident in her work are her struggles with trying to recreate the dream home while simultaneously knowing that this ideal does not exist.

The homes they were evicted from were middle-class homes in relatively safe suburban areas of Cape Town. She is not deceived about how lucky they were to be living in these houses, but she is also aware of the illusions they were living under. She became used to ignoring knocks at the door from debt collectors, lying to the bank on the phone, getting asked to leave a private school in the middle of class because her parents had not paid the fees, selling flowers in the parking lot at Noordhoek beach for food, packing a bag in the middle of the night and never returning to that house in the suburbs to evade the landlord.

In 2015, she was awarded the Tierney Fellowship award which allowed her to continue to create work while making a living. Since then she has been in multiple group shows, working in the medium of photography, collage, video and print. In addition, Stodel has been awarded the Cecil Skotnes Scholarship award from the Michaelis School of Fine Art (2014) as well as a Scholarship from the Centre for Curating the Archive for materials (2014).