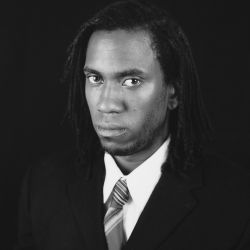 Rashid Johnson was born in Chicago, the United States of America in 1977. This African-American conceptual artist lives and works in New York. Johnson holds a Bachelor of Fine Art (BAFA) from the Columbia College, Chicago (2000) and a Masters of Fine Art (MFA) from the School of the Art Institute, Chicago (2004- 2005).

Johnson, as a sculptor and photographer uses a wide range of mediums in his work such as brass, steel, wax, wood, shea butter, and found objects such as records, VHS tapes, plants and CB radios. Johnson uses these materials, with their own distinctive symbolism and manipulates them to make material connections to black history.

He seeks inspiration from a diverse range of artists including actors, musicians, writers, together with activists and philosophers such as Carl Andre, Joseph Beuys and Kasimir Malevich amongst others.

Raised in what he deems an ‘afrocentric’ family, has influenced his perspective on identity, with his work exploring ideas of personal, racial and cultural identity. These ideas are communicated through a unique fusion of historical and material references centred in African American and art history that develop into themes of cosmology and mysticism. Johnson believes that growing up in a generation that is profoundly influenced by hip- hop and Black Entertainment Television has enabled contemporary audiences to have a greater understanding of the ‘black experience.’ This, in turn, has allowed the artist to achieve a deeper viewer interaction with themes pertaining to race and identity in his works.

Johnson has exhibited widely both internationally and in the United States since 2000. Some of his more prominent exhibitions include Message to Our Folks, Museum of Contemporary Art (Chicago, United States of America: 2012), which later travelled to several Art Museums across the United States. He was also included in the landmark exhibition Freestyle, Studio Museum, Harlem, curated by Thelma Golden, that exhibited works from 28 of arguably the most important young African American artists (2001). Johnson’s solo exhibition Rashid Johnson, after being shown at David Kordansky, Los Angeles, California travelled to Galerie Guido Baudach (Berlin, Germany:2009).

Johnson’s work forms part of several prestigious collections such as the Whitney Museum of American Art (New York, the Museum of Contemporary Art, Chicago and the Brooklyn Art Museum, amongst others. Johnson is also the recipient of high-profile awards including: the David C. Driskell Prize (2012); The Presidential Purchase Award for Photography, Columbia College (1997 & 1998) and; the Albert P. Weisman Grant (1998). 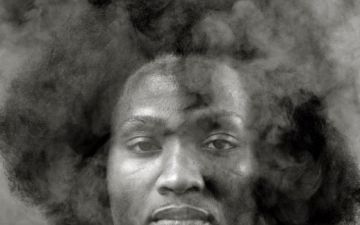 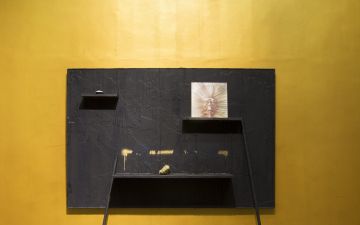