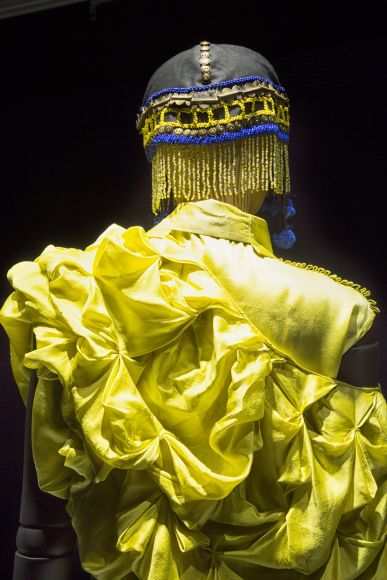 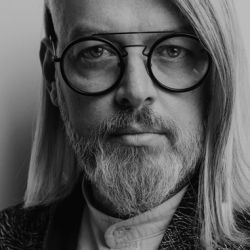 With a name inspired by late nights, hard work and the 1948 Sarah Vaughan classic, Black Coffee debuted at South African Fashion Week in 1999.

Occupying a space somewhere between history and imagination, Black Coffee designer Jacques van der Wattâ€™s collections all start off with a deeply referential approach. His initial drawings show the constructional concept of the garments. These are then explored more with the show venue as a source of inspiration.

The starting point is always strongly conceptual. Despite any theatricality, the clothing remains the hero. One form often leads to the next and single ideas evolve into one large and continuing body of work of interstitial collections. I believe in timeless, slow fashion

says Jacques, who draws deeply on his two major fields of interest, African and Japanese culture.

Fabrics, for his signature investment pieces, are customized to become distinctively Black Coffee, with geometric interplay a key element. Each collection derives from a different base, a new influence. Decorative and constructive geometry work hand in hand with the common idea that garments are sculptural, three-dimensional structures often built up from transparent layers. Repetitive patterns distort or give shape.

In the 20 years since its formation, Black Coffee has shown at South African Fashion Week as well as San Francisco, Berlin and New York Fashion Weeks. The label has been nominated five times for the SA Fashion Awards and has won twice (in 2001 and 2007). In 2009 it received the Mercedes Benz Art Award for its installation referencing the earthy red hues used by Himba people of northern Namibia. Jacques is the 2017 winner of the SA Fashion Week Cape Wools SA Designer Challenge. In 2018 he exhibited a wool outfit embellished by a crafter from Katlehong at the Commonwealth Fashion Council Exhibition in London.